Four young men from the village of Samaleulu, Savaii have been sentenced to serve time at Tanumalala prison for the death of a 38 year old father of seven from the same village.

According to the Police summary of facts accepted by all defendants, sometime in the evening of August 31st 2019, the defendants had a drinking session at Leu’s house. Later they left Leu’s house and hung out on the main road next to a rock fence. The deceased, intoxicated, drove by and swore at the defendants. The deceased kept on driving and did not stop.

The rocks hit the deceased on the head and he fell back. The defendants continued until he lost consciousness and fell forward onto his face.

An autopsy revealed that the deceased died from head injuries.

During sentencing Justice Tafaoimalo Leilani Tuala-Warren said the first defendant, 24 year old Mamoe Aiesi who is a first offender, now attends the Rhema Bible Training College and lives with his sister in Apia. Mamoe has been banished from Samalaeulu, however, his family had paid a village penalty of $6000 tala and conducted a ifoga to the family of the deceased which was accepted.

The second defendant, Foaga Ipu is 23 years old and has very recently married. He too was banished from Samalaeulu and now stays with her sister and her family. His family also presented an ifoga and paid a village penalty of T$6,000.00 as confirmed by the village mayor.

“This defendant says the offending occurred after a drinking session of Rover vodka. He told Probation he was very remorseful for what happened and he is also a first offender”.

The third defendant Leu Saulo, also 24, was living with his aunt after being banished from Samalaeulu. It was confirmed that his family also presented a ifoga and paid a village penalty of T$6,000.00.

Leu Saulo had also stated that the offending occurred after a drinking session of Rover vodka. Also a first offender, Leu told Probation that it was an offending not planned.

The fourth defendant, 24 year old Paulo Mika was also banished from his village because of the offending after fine of $6000 tala was paid. Unlike the others who are first offenders, Paulo was sentenced in August 2020 for sexual connection with a girl under 16 and is currently serving 10 months imprisonment.

He was described as the breadwinner for his family and his livelihood was from fishing and working the plantation. His wife now struggled to meet the everyday needs of the family especially the children.

The aggravating factors of the offending says Justice Tafaoimalo, was the group attack on the deceased. All four of them threw rocks at the deceased, and even when he fell back, they continued to stone him until villagers intervened.

“The Prosecution has submitted a sentencing starting point of 10 years imprisonment for each defendant;

“Mr Lesa for his client Mamoe submits that a starting point of 8 years is appropriate;

“Mr So’onalole for Foaga submits that a non custodial sentence is appropriate and a 2 year supervision term is recommended with a special condition to undergo an alcohol and anger management program and 400 hours of community work;

“Mr Koria for Leu submits that a lengthy term of supervision is appropriate for Leu with alcohol counselling;

Addressing the four youth Justice Tafaoimalo said, “This was a serious wrong which you each did. Although you were provoked, you should not have responded in the way you did and with such severity”.

In delivering her sentence Justice Tafaoimalo considered aggravating features of the offending, and took 9 years as a starting point for all defendants.

For Mamoe Aiesi, 2 years were deducted for his contribution to his village, church and family and his personal circumstances whereby he has taken active steps to address the offending behavior by enrolling at the Rhema Bible training college. Another one and a half years was deducted for ifoga and his remorse. Another 6 months for the level of provocation present. A year was taken away for the village penalty and finally 25% or another year for the belated guilty plea.

Mamoe was convicted of manslaughter and sentenced to 3 years imprisonment.

The second defendant Foaga Ipu was sentenced to 3 years and four months after similar deductions for good character reports, his genuine remorse, belated guilty pleas plus the ifoga and village penalty paid.

Leu Saulo and Paulo Mika were also given 3 years and four months after similar deductions.

For Mika, his sentence is cumulative, meaning it commences at the end of his current sentence. 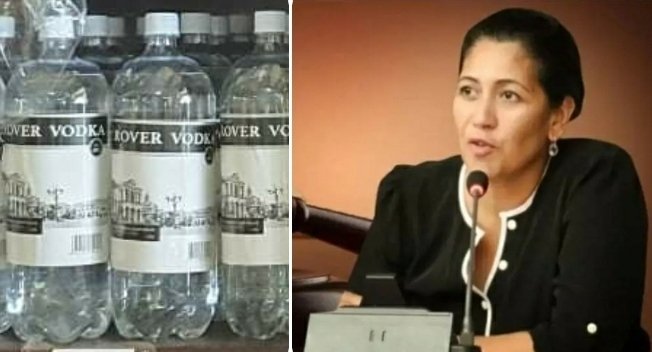 “The unnecessary loss of life in this case is tragic and incalculable. The loss of liberty for these four young defendants is tragic for their respective families;