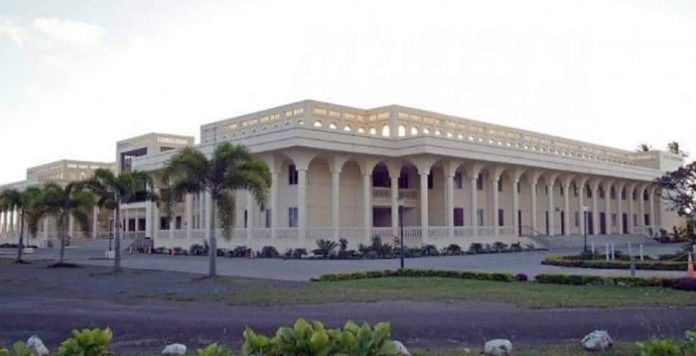 Four men facing murder charges for the death of a father of six appeared in Court yesterday before Justice Leiataualesa Daryl Clarke, all entering not guilty pleas through their respective legal counsels.

In early September a man from Samalaeulu was stoned in his car and then allegedly beaten to death by four men from the same village in Savaii.

The Savaii-based Police Superintendent had said at the time that the deceased man was driving past the four men when they allegedly stoned his car.

“As the victim was exiting the car, a rock struck his head and they continued to beat him while he was unconscious on the ground,” said the Superintendent.

The motive was unclear but alcohol was confirmed at the time to have been involved.

“Alcohol was a major factor in this matter as the four men were under the influence of alcohol, and so was the deceased.”

Komisi Koria and Michael Soonalole put forth applications for bail which Justice Leiataualesa has set for next Monday.