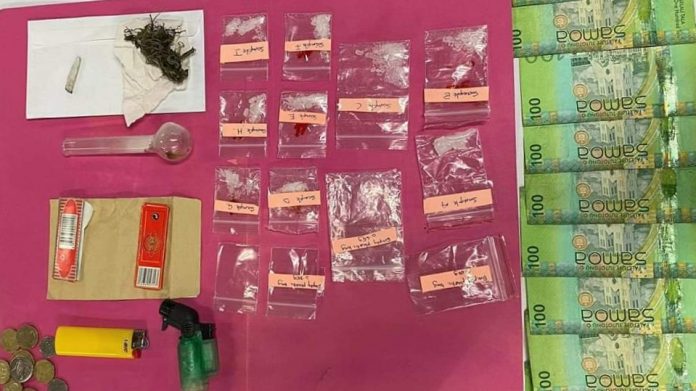 Four men charged in relation to a police drug raid of a home in Faatoia appeared in Court before Justice Fepuleai Ameperosa Roma this week.

Tupai Fialelei, Malu Palu, Daniel Wilson and Faamatala Ainuu have all been charged with possession of drugs, illegal weapons and utensils.

Fuimaono Sarona Ponifasio applied for bail on behalf of the four defendants.

Prosecutors objected to bail for three of the defendants, who Police say, are all repeat offenders.

Faamatala Ainuu was the only first offender, released on bail with conditions to await the Court hearing.

The police confiscated cash, methamphetamine, utensils and illegal untegistered weapons during the raid of a Faatoia home.

It was not the first time the police had raided this home, well known for being at the centre of drug dealings.