Three men and a woman were arrested during a drug raid of a home in Vaigaga where police confiscated cash, methamphetamine, marijuana, utensils, weighing apparatus, ammunition and a truck load of items suspected to be stolen goods.

Acting Police Commissioner Leiataua Tupai Samuelu was flanked by Deputy Commissioners Papalii  Monalisa Tiai-Keti and Auapaau Logoitino Filipo Tino during a press conference where some of the items were displayed.

The operation was carried out at 5am Wednesday 2nd February by the police Technical Operations Squad (TOS).

All three men aged between 30 and 35 are repeat offenders with previous convictions. “Two of the three have served time”.

In response to questions Deputy Police Commissioner Auapaau Logoitino said police have not yet found clear evidence of methamphetamine being produced in Samoa.

“The evidence points to the drugs coming in through our borders,” he said. “We have to work together to fight against drugs in our community”. 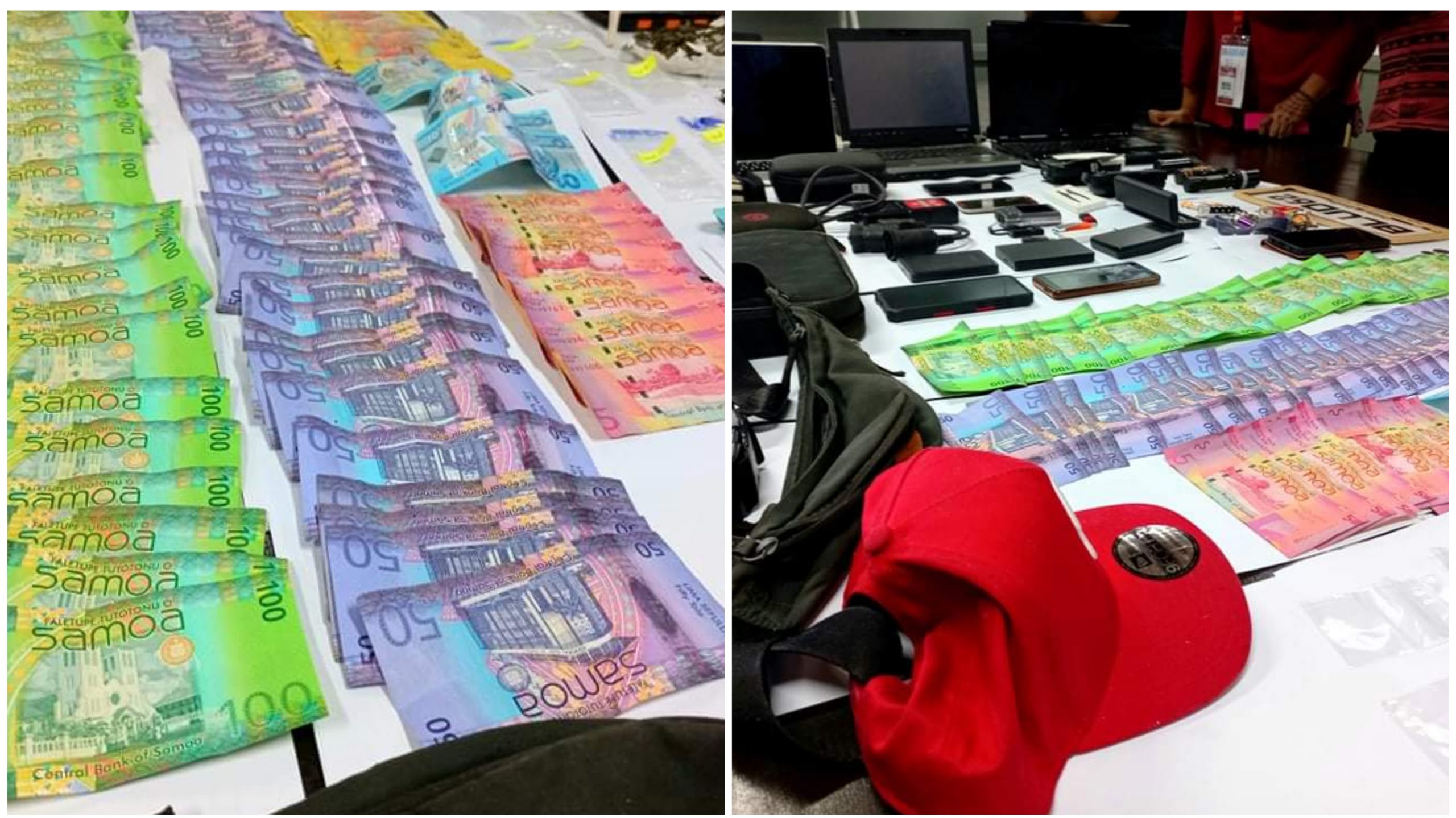 Police called on the public to come forward if they have information or knowledge that can help with investigations into the source of drug operations in Samoa.

“You will be protected if you come forward,” assured DC Auapaau.

In addition to their role in enforcing SOE orders during lockdowns, Samoa Police continue with the war against drugs, taking ice and marijuana off the streets with each raid operation.