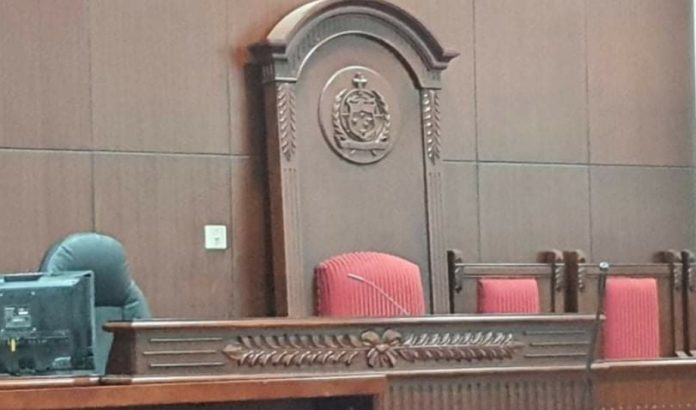 27 October 2020, Mulinuu Court, Apia Samoa. Former village mayor and high chief of Lalomanu village, Seuala Patone Seuala appeared this morning before the Supreme Court to respond to nine charges of forgery filed against him by prosecution in relation to carrying out his duties as a Government representative within the village.

Seuala pleaded not guilty through his lawyer, Faualo Lefau Harry Schuster to all charges against him.

Justice Leiataualesa Daryl Clarke has postponed the matter for a hearing in December, 2020.

The charges against Seuala are based on allegations that he used a misleading matai registration documents or pepa saofa’i, causing the Registrar of the Lands and Titles Cour to act upon then as if they were genuine.

One Minute Applause to Say, Thank You Frontliners!