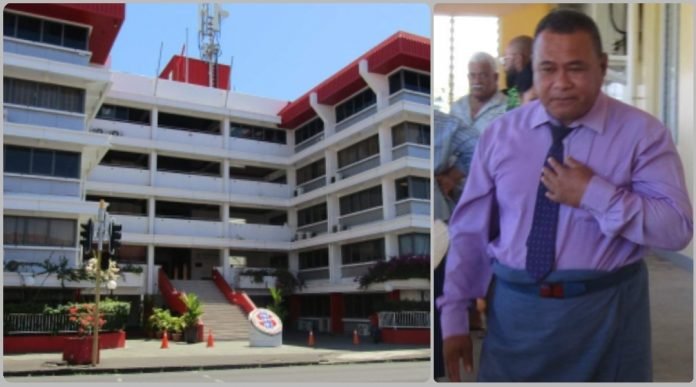 A former employee of the Samoa National Provident Fund (SNPF) Eteuati Ioane has pleaded guilty to 265 charges of theft as a servant.

Eteuati was accused of stealing up to $143,600 tala of pension funds from SNPF over a two and a half year period, between January 2016 and September 2019.

Eteuati was represented by Afamasaga Michael Soonalole who today told the Court his client now accepts the charges against him. Eteuati had earlier pleaded not guilty.

According to the police summary of facts now accepted by Eteuati, he was working with the Pension Division of SNPF when he embezzled over $140,000 from the fund by withdrawing benefits of pensioners who had passed away.

Established in 1972, SNPF is a compulsory savings scheme for all employees of Samoa.

As outlined in its Strategic Corporate Plan, SNPF is legally mandated and entrusted with “safekeeping of members’ contributions and to generate from the resources provided by these contributions the greatest achievable benefits for members and their dependents during retirement or in the event of earlier death or incapacitation.“
Contributions to SNPF are made by employers on behalf of their employees and is now 20% of the employee’s gross salary with 10% deducted from the employee, while the employer matches it with another 10%.