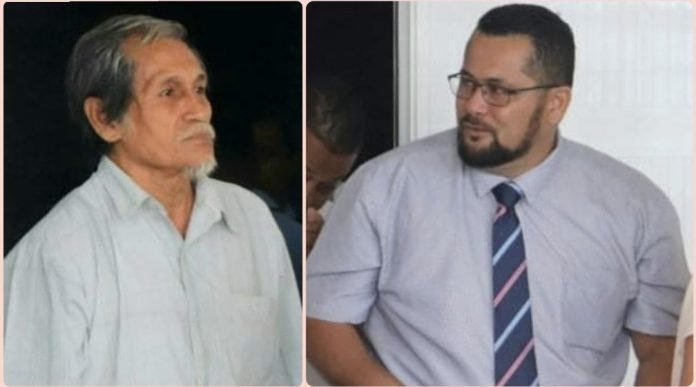 A former prosecutor who had been jointly charged for manslaughter in relation to the death of a Vaiusu youth has been granted a discharge without conviction by the District Court of Samoa.

The decision was handed down by District Court Judge Leota Raymond Schuster last Friday morning 17 December 2021. Former police prosecutor Khamtahn Stanley and co-defendant Ulugia Lomalasi Laufili, both of Vaiusu, were both handed discharges without conviction and each ordered to pay $250 tala towards court costs and $250 tala to police.  The pair were told to pay the fine before 3pm on that same day, or face 60 days in prison.

Stanley and Ulugia were both charged with manslaughter by police in November 2019 following the death of 20 year old Faileaso Penetito Toma, the third child of Asilotu Momoe Toma, and his wife Malia.

Asiloto Mamoe Toma said he was by his 20 year old son’s bedside at Motootua National Hospital when he died two years ago in November 2019. According to Asiloto, his son had died from severe injuries to his head, face and body. Asiloto was in the District Court on Friday morning when Stanley and Ulugia were handed discharges without conviction.

“My son was unrognisable. One of his cheeks were detached from his face. You could lift his cheek off from his face,” said Asiloto in tears. “I cannot believe

Stanley and Ulugia pleaded not guilty to manslaughter charges in the Supreme Court of Samoa in May 2020.  The Office of the Attorney General appointed former AG Taulapapa Brenda Heather-Latu as a private prosecutor for the case, “given the close relationship of the AG’s Office and Mr Stanley”.

During Supreme Court mentions on the 12th of April 2021 there was a change of prosecutor. Justice Fepuleai Ameperosa Roma told the Court he had received an application by Taulapapa Brenda to withdraw as prosecutor.  The Attorney General’s Office then confirmed that Leinafo Taimalelagi-Strickland would be taking over.

A week later on the 19th of April 2021, the defendants applied for a judge-only trial. At the time, Stanley and Ulugia were represented by defense counsels Afa Lesa and Steve Chan Chui respectively.

in November 2021, Stanley and Ulugia appeared in Court again.  This time, however, the pair appeared before the lower District Court, charged with common assault, and seeking a discharge without conviction having pleaded to the lesser charge of Actual Bodily Harm (ABH) in relation to the same incident.

Asked for a comment, Deputy Police Commissioner Auapaau Logoitino Filipo said the file they prepared was for manslaughter.

“We pass on the file to Prosecutors after we conduct our investigations, and our findings led to the manslaughter charge against the defendants” said the Deputy Commissioner.

Circumstances leading to the manslaughter charge being dropped and the matter ending up in the District Court for common assault, are not clear.

“I think the delay of 2 years is partly due to the extended lockdown period in 2020 which affected the Courts’ schedules and then the electoral cases in 2021 which again delayed all other cases in the Supreme Court..

“Our office appointed an independent prosecutor to handle this matter to avoid any perception of special treatment because Mr Stanley was a Police prosecutor working in our office. I have complete confidence that the independent prosecutor is discharging her prosecutorial duties without fear or favour. She is an extremely competent senior counsel who is very experienced in criminal prosecutions. I can confirm that our office has no influence on this case”.