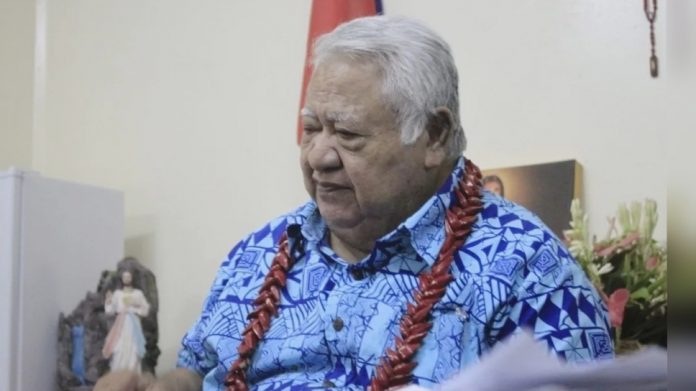 Former Prime Minister and leader of the Human Rights Protection Party Hon. Tuilaepa Dr Sailele Malielegaoi has refused to press charges against a woman who allegedly attacked him outside the Mulinuu Courthouse on Friday morning.

Samoa’s longest serving Prime Minister (Nov 1988 – July 2021) had been attending the prayer service for the re-opening of the Courts on Friday morning.

Witnesses say that as Tuilaepa was walking to his car to leave, a woman approached the opposition leader and allegedly attacked him as he was trying to get into his vehicle.

“She held him by the neck and collared him,” said a staff member of MJCA.

The woman, said to be a Samoan who lives overseas, was brought into custody by Police for questioning, Papalii confirmed.

However the Deputy Police Commissioner says it is unlikely the matter would be taken any further since the opposition leader has made it clear that he will not be pressing charges.