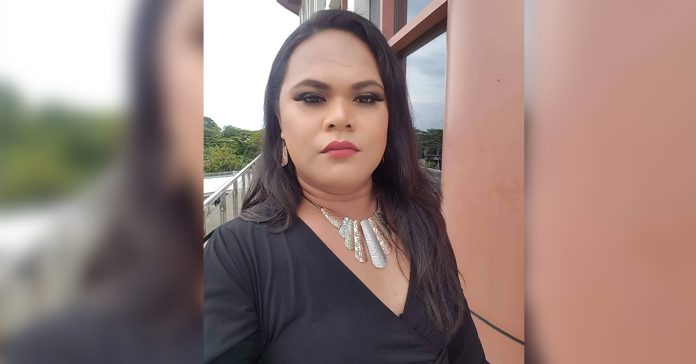 Charlize Leo is a Marketing Executive who reigned as Samoa’s Miss Fa’afafine during 2017/2018.

Samoa Global News had the opportunity to have an up close and personal interview with Charlize about life as a faafafine in Samoa.

Charlize spoke about the benefits of the Faafafine pageant as a way to address social development issues.

She said the decision to enter the pageant had a lot to do with timing.

“I was just confident, overly confident and when I was given the chance to say something I made sure everyone listened.”

She said she wanted to use the opportunity to raise awareness on issues such as cyber bullying and HIV/AIDS especially towards young fa’afafine.

“Those issues affect our youth and it’s really important for them to understand how their decisions can affect their lives and the lives of others.”

Charlize said another key benefit of the pageant is to empower other fa’afafine sisters.

“I wanted them to be confident in themselves, love and trust themselves and not let anyone tell them they are worthless.

“I hope I was that example to them, and then eventually they will be an example to others.”

Charlize encourages her other fa’afafine colleagues to make the right choices.

“Experiment and enjoy those choices, if they lead to good things, congratulate yourself, if they lead elsewhere, challenge yourself to become better,” she said.

“Life is a learning curve, walk step by step but don’t jump.”

Charlize attended the all-boys St Joseph’s College at Alafua but says she had no problem with being bullied and was instead admired as a faafafine.

“It was fantastic and empowering as well,” said Charlize.

“I wanted to be smart so that I wouldn’t be laughed at or made fun of.

“In overseas countries, I believe when you’re different and nerdy you will be bullied, but in Samoa, if you’re smart and collect prizes at the end of the year, you become untouchable,”

Charlize kept a positive attitude when people would comment about her being a faafafine and says that it is only bullying if you let them affect you.

“I did sometimes receive mean comments made to my face in public, however, I was taught well to not respond to stupidity and anything that’s hateful. I was taught that it is only bullying if they win and get the better of you..they never had that chance.”

Charlize says that she keeps an open mind to the opinions of others, always looking for opportunities to grow and learn while making sure that she is also able to voice her concerns without offending anyone.

“i try and understand their perspective and what they stand for because I might learn a thing or two in the process.”

Asked about her thoughts on issues raised by some members of the community about fa’afafines dressing up as females and wearing a ‘tuiga’ when they perform Samoan dance, Charlize says everyone is entitled to their opinion.

“I realised we will never truly understand each other by measuring who has the higher voice or the most intelligent take on these issues,” she said.

“We form an understanding by agreeing to disagree, it is why they’re called opinions, there’s no right or wrong, so we should dust it off, ask where did we go wrong, and improve for next time around.

“Stick to your truth and not what anyone else defines you to be and always, move on and move forward.”

Charlize ends our interview with a plead to the Samoan community for support.