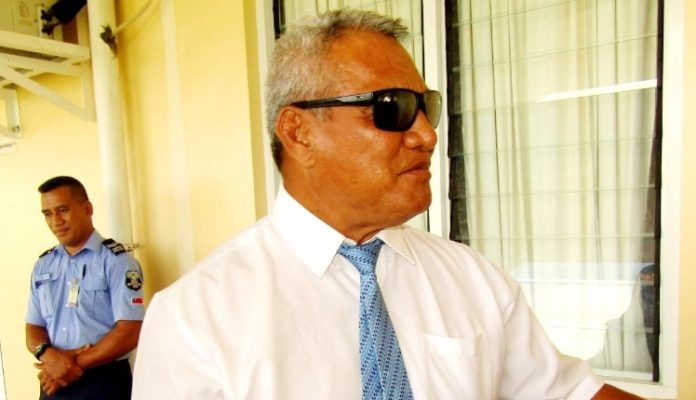 Loau Solamalemalo Keneti Sio has retained the seat of his Constituency Sagaga No.1 as the Supreme Court on Tuesday afternoon dismisses the petition against him.

The Supreme Court has also dismissed the counter-petition against the petitioner, Papalii Tavita Moala.

The Court distinguished the facts of Loau’s case with those of Maualaivao Ah Him vs Seiuli Ueligitone, where Seiuli was found guilty of gifting $10,000 tala for a “suati” or morning tea.

The Court found that the $10,000 tala given to the village of Aele was not done by Loau but rather, by matai of Faleula as part of a cultural exchange during the welcoming of Aele into the electoral constituency of Sagaga 1 for the first time.

“The money here was given to a separate village, which was included for the first time into the electoral constituency of Sagaga 1 and which had welcomed Loau like Queen Elizabeth according to some Faleula matai.”

“The money was also given to reflect the respect that Faleula had for its tapaau tausi, whereby the village of Faleula did masii to accompany Loau to a meeting requested by Aele”.

“We do not find a corrupt intention on the part of Loau in the giving of this money.”

“This allegation is dimissed”.

Chief Justice Satiu also touched on the issue of the “laulautasi” offered by Loau and Faleula village to the President and pastors of the Methodist Church in Foga’a; the Court states that it accepts the evidence given by matai of Faleula who sit in the Council where all decisions are made, that the intention behind the Laulautasi was to honor the first year of the current President as well as to seek the President’s blessing on their candidate, Loau.

“In relation to the petition, we do not find that the allegations contained there-in have been proven beyond reasonable doubt and we dismiss the petition in it’s entirety,” Chief Justice Satiu stated.

“Similarly, we also find that the allegations contained in the counter-petition have not been proved beyond reasonable doubt, and it is dismissed,” he added.

Loau outside Court says he is thankful for the judgment made by the Honourable Chief Justice and Justice Tafaoimalo.

Loau told the media that it is unfair for a person who is not serving the village to lodge a complaint against someone who is.

Speaking to the media Papalii congratulated Loau and said he is very thankful that he and Loau are both cleared of the accusations against them.

“That’s the answer from God so I’m happy that this is over and I am glad the case is finished,” Papalii said.

“I would like to congratulate Loau and give him my blessings as he has retained his seat for the next five years.”

Representing the petitioner were Leiataualesa Komisi Koria and Pose Toma while Aumua Ming Leung Wai and Lucy Sio-Ofoia were representing the respondent.