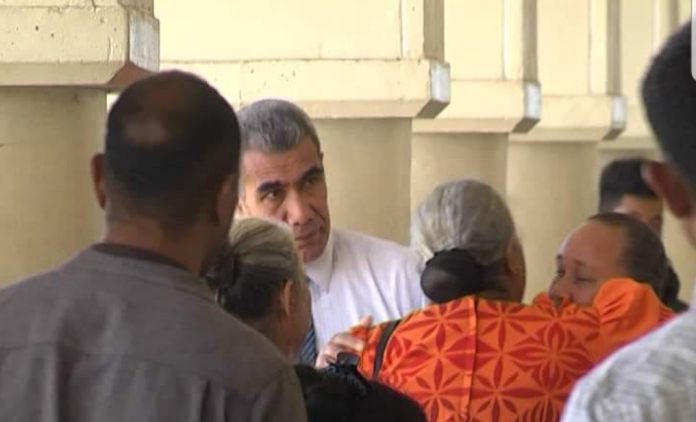 Former Methodist Church Minister Tugia Tuliau has pleaded guilty to 10 charges relating to the sexual violation of a young girl who had been under his care while serving in the village of Satalo, Falealili.

Tugia Tuliau entered his guilty plea through defence counsel Leiataualesa Komisi Koria. The guilty plea comes after the matter was called last Monday 4th November and wa then adjourned to today to give Tuliau time to consult with his lawyer.

When the matter first surfaced, Tuliau resigned from his position as a Church Minsiter and never denied the allegations.

Tuliau appeared before the Supreme Court of Samoa this morning to respond to 1 charge of rape, 7 charges if sexual connection with a family member and two charges of indecent acts on a defendent who is a family member.

The Court ordered name suppression for the victim but not for the accused.

Justice Leiataualesa Daryl Clarke set the 14th of January 2020 to deliver his sentence.

The conditions of his bail are to preside with his family at Vaimoso and not to return to where the victim lives.

Don’t be a busybody – make this day count.

Couple Mourns the Loss of their Two Grandsons

“I’m not a citizen of this country,” says Tala Pauga

Flights from Fagalii to Pago Pago

Category 1 Cyclone Wasi Continues in its Path to the South...