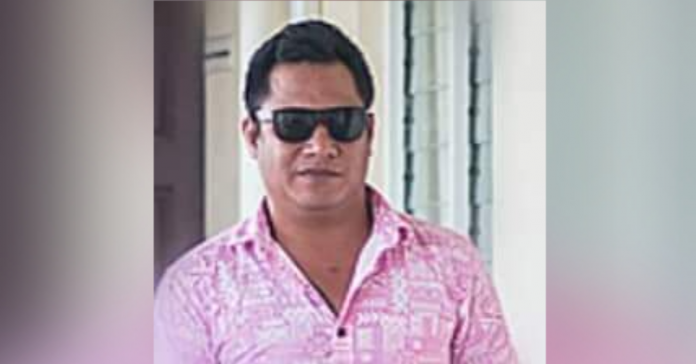 29 May 2019, Apia Samoa. David Nomeneta Uaine, found guilty of 28 charges relating to issuing Samoan passports to non-Samoans while he was an Assistant Immigration Officer in 2016, was today sentenced to 4 years imprisonment by Justice Tafaoimalo Leilani Tuala-Warren.

Out of the six applications, five were “successful” and resulted in Samoan passports being issued, with Uaine receiving money for the transactions.

In delivering her decision yesterday, Supreme Court Justice Tafaoimalo Leilani Tuala-Warren listed the aggravating factors and said Uaine’s offense has affected the integrity of Samoa’s passport system and the reputation of Samoa’s Immigration Division both within and outside of Samoa.

Said Justice Tafaoimalo Leilani Tuala-Warren during sentencing, “The offending was premeditated having been carried out within a period of six months and involving six false passports;

“The offending was sophisticated deliberate and measured with the accused having found a way to use the usernames of others to complete the process,” said Justice Tuatagaloa.

“This was an offending by a public servant entrusted to represent the Government of Samoa in the process of issuing passports to Samoan citizens;

“The offending was the abuse of the authority which he had to be part of the process of issuing of Samoan passports;

“He offended for personal gain in the form of money sent to him from overseas, which although not significant amounts, went to Him personally,” added Justice Tuala-Warren.

A victim impact report prepared by Assistant Chief Executive Officer of Immigration, Valavala Siaopo Pese, outlined the grave impacts of the offending on the staff of Immigration and the reputation of the department.

Justice Tuala-Warren read out some of the key implications of the Immigration Chief’s report.

“He says the impacts of this offending have been negative not only amongst the staff of Immigration in terms of their low morale because of public criticism, but it has also affected the trust of other countries in Samoa’s passport issuance system;

“He says that this offending has tainted the good reputation of Samoa and the fact that it was one of the first countries in the region to implement an electronic passport issuance system;

“The integrity of the Immigration process has been impacted negatively and has reduced the level of trust that the public has in the services provided by Immigration, in particular, the issuance of passports;

“He says the Immigration staff have been accused of being the most corrupt public servants in Samoa”, said Justice Tuala-Warren.

“He says the offending involved a great deal of dishonesty and misused of power in the country and has led immigration to consider a merger between the two systems using the process of passports permits;

“This will entail an extra cost to the current annual cost of $100,000 Samoan tala in maintenance,” added Tafaoimalo.

Prosecution had recommended a starting point of 7 years while defense counsel Unasa Iuni Sapolu recommended a 3 year starting point, stating that there was no financial loss since the usual fee of $200 tala for each passport issued was paid to Immigration, and that Uaine was not supervised during his first two months on the job.

Justice Tuala-Warren did not agree with defense, stating that the offending has impacted the reputation of Samoa’s security in terms of its travel documentation.

“This has wide ranging implications for our country’s dealings with the outside world and in particular the travel of our citizens on Samoan passports;

“This loss of reputation cannot be measured in monetary terms.”

Justice Tuala-Warren added that, “although I accept he may not have had adequate supervision, he nevertheless mastered the system and found out how to manipulate it;

“Lack of supervision does not justify dishonesty on the part of the accused,” said the judge.

In weighing past decisions of similar cases from Samoa and other applicable jurisdictions, Justice Tafaoimalo Leilani Tuala-Warren said that the maximum penalty for corruption and bribery of an official in Samoa was low.

“In my respectful view, the maximum penalty for corruption and bribery of an official is far too low, being 7 years imprisonment. Public interest demands that this type of offending which erodes public confidence in government institutions will be met with heavier penalties,” said Tafaoimalo.

Justice Tuala-Warren said that it was important to also set a starting point for the corruption and bribery charges because the benchmark found in Samoan cases did not provide for multiple offending.

“This case is distinguished on the basis of multiple offending of a public official which has not previously come before the Court.

Finally the judge said that the accused is a young man who is smart and well educated who has made a mistake for which he now faces the consequences.

“It is unfortunate that someone so young and so promising has committed such serious offences;

“He is obviously someone who is valued by his family, village, church and friends”.

For using forged documents he was convicted and sentenced to 3 years imprisonment, on the charges of forged and false Samoan travel documents he received 12 months.

“All sentences will be served concurrently so that he will serve a total of 4 years imprisonment and any time in custody is to be deducted,” concluded Tafaoimalo.