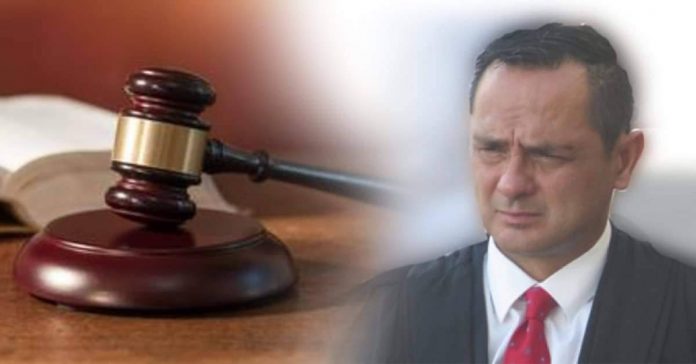 The decision was handed down by Justice Leiataualesa Daryl Clarke.

According to the police summary of facts, the incident occurred between 1st August 2017 and 31st July 2018.

Defendant Moana Vito employed as a cashier was charged together with the compay’s Finance Officer for stealing $42,180.00.

The co-defendant pleaded not guilty to the charge and she is scheduled to appear for hearing in August this year.

The Court heard that the pair had colluded and taken money from her daily taking as a cashier as well as cash received from delivery truck sales resulting in a shortage of total daily cash.

They had worked together to conceal the daily shortage from being detected by using the previous day’s sales to balance the present day’s banking in order to make up for the stolen amount.

According to the summary of facts, every time Ms. Vito took money from her cashier she would call the Finance Officer so that she was aware of the cash taking, and balance the cash through the cover-up scheme.

In delivering his sentence, Justice Leiataualesa Daryl Clarke highlighted the key elements of the case.

“You together had been stealing money from the company for a number of occassions in between 1st August 2017 and 31st July 2018;

“The theft was in various different amounts and you together concealed the taking of the money from getting caught;

“On the 1st of August 2018 however, a surprise cash count was carried out by the credit controller and the cash count reveal the shortage of $42,180.00,” said Leiataualesa.

A victim impact report prepared by the Chan Mow company stated that the amount of money taken by Ms. Vito and allegedly by her co-defendant was a substantial amount of money.

“The company representative said that as a result of the fire in 2016 towards the company’s warehouse and content, hey lost a lot of moeny and they are trying to stay alive;

“She added that the company encountered a lot of theft.”

In listing the aggravating features Justice Leiataualesa said there was a breach of trust given that she was entrusted as a cashier.

“Your offending was premeditated and you committed the offending over a period of 11 months which is a long period of time, not only that, but the amount stolen by you and allegedly by your co defendant of $42,180 is a large amount of money.”

The Court also heard that Ms. Vito had already apologised to the company however, she made no effort to pay back the stoeln money.

Me Vito would also be helping the Police with their investigaton and will testify against her co-defendant.

“Six months for the assistance given to the authorities by you in giving evidence to the Court during your co-defendant’s trial and 11 months for your early guilty plea;

“You are convicted of theft as a servant and sentence to 2 years and 10 months.”