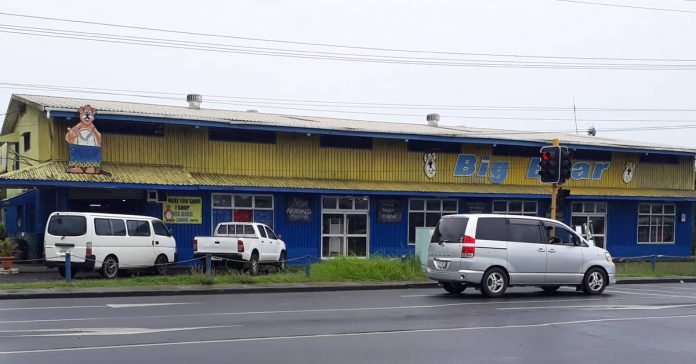 13 March, 2019 Mulinuu, Samoa – A former employee of Big Bear Company at Fugalei was sentenced to 6 months imprisonment having been found guilty of one charge of theft as a servant.

Twenty one year old Hinckley Mataua of Vailuutai and Samata-i-tai was working for the company last year in May when he and a fellow worker removed merchandise from the store in the middle of the night.

Hinckley was charged together with a fellow employee, however, the other defendant entered an early guilty plea to the charge and is now serving time in prison.

Hinckley pleaded not guilty at first however on the day of the trial he made an application to the Court to change his plea from not guilty to guilty.

Inside the Court earlier today the police summary of facts was read out by prosecutor Avei Faasii.

The court heard that on the day of the alleged incident the company held a late night sale and the store did not close until 9pm in the evening.

The reports says the first defendant Jonathan sold the stolen items to his friend and received $270 from it.

According to prosecution the night watchman for the neighbouring business, Farmer Joe Fugalei reported the matter to the police because he saw what had happened on the other side of the road.

In handing down her decision, Justice Tafaoimalo said the maximum penalty for the charge of theft as a servant is 10 years imprisonment.

Theft as a servant is a serious offense because of the high penalty.

She said the most aggravating feature of the offense is the value of the goods stolen goods which was over $2,000 tala.

“Another aggravating factor is the breach of trust in terms of an employee;

“So it is that trust, that you were paid to do a certain job and in return you took property.”

In determining a starting point Justice Tafaoimalo took the two aggravating factors into account and placed the starting point at 16 months imprisonment.

“I deduct 4 months for your personal circumstances, you are 21 years old and this is the first time you appear in court; four months deduction for your previous good character, and two months for your guilty plea.

“You are convicted and sentenced to six months imprisonment minus the time you spent in custody.”