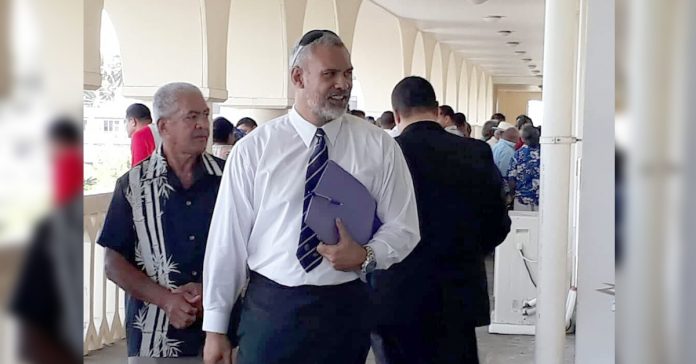 24 June 2019, Apia Samoa. Former Electoral Commissioner, Papali’i Malietau Malietoa has pleaded not guilty in connection to 12 criminal charges against him.

The charges are in relation to alleged matters when he was heading the Office of the Electoral Commissioner in 2014.

In 2015 his service as a CEO was terminated following allegations that travel documents were being altered by Papalii. This led to a Public Service Commission investigation and the subsequent recommendation for termination by the PSC.

The criminal charges against Papalii Malietau come four years after his service was terminated.

Earlier this year, Papalii stated on Samoa Observer newspaper that he had no idea he was being investigated.

“It was 2015 when I was terminated. I will defend myself via the lawful process,” he said.

“I would not be surprised given my vocal opposition against the dam being built at Alaoa.”

The matter has been set for hearing on the 25th of November this year.