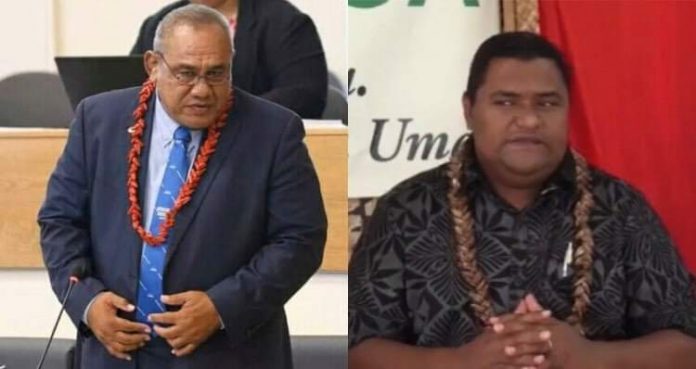 01 April 2021, Apia Samoa.  Honorable Nafoitoa Talaimanu Keti has lodged a formal complaint against an EFKS-TV programme called “Lauao Sinasina” that aired on Monday night, when a special guest on the programme made serious allegations towards the former Deputy Speaker of Parliament.

The allegations made by former police officer Paepaetele Junior were based on an alleged incident that took place in 2007 when former Speaker Nafoitoa was the Officer in Charge at Faleolo Police Outpost.

Speaking on the nationally televised programme hosted by Tapuala Oloapu, Paepaetele says, “I’m sitting with something important I want to share,” he said as a prelude to dropping a bomb about the former Deputy Speaker.

He said there was no investigation, and according to Paepaetele, the alleged victim is still serving as a police officer today.

On his Facebook page, Nafoitoa who is contesting the seat of Gagaemauga No.2 in the upcoming general elections, took to social media to immediately deny the allegations, which he said was politically motivated and purposely timed so close to elections.

Nafoitoa expressed his deep disappointment for the personal character attack towards him, and says he intends to take legal action towards the network as well as the ex-cop for making unfounded allegations towards him.

He apologises to his family, village and constituency for the unfortunate allegations and stressed that such careless allegations should not go unaddressed as they publicly destroy people’s characters without basis or evidence.

Deputy Police Commissioner Auapaau Logoitino Filipo confirms complaints have been filed by the former Deputy Speaker. He says Police have lodged an investigation into the allegations.

He says the complaints lodged point towards the aired programme and Paepaetele has been asked to submit evidence of his public allegations towards Nafoitele.

The Deputy Commissioner says no charges have been laid, however, he added that the investigation is two-fold; into the rape allegation as well as defamation.

The EFKSTV programme in question was taken down from Facebook when police started their investigation yesterday.