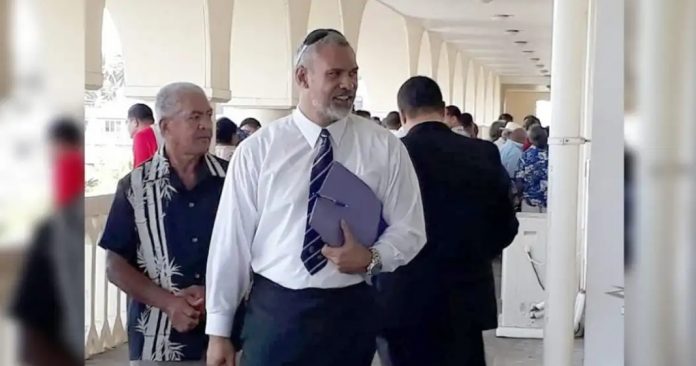 Lawyer Unasa Iuni Sapolu applied for an amendment to bail conditions for former CEO of the Office of the Electoral Commission due to the long delays in Court hearing procedures.

Papalii Malietau Malietoa pleaded not guilty back in June this year in connection to charges against him that relate to his employment with the Office of the Electoral Commission.

“I will defend myself via the lawful process,” Papalii had told Samoa Global News at the time.

The matter was then set for hearing on the 25th of November this year. However when called again on the 28th of October before Justice Leiataualesa Daryl Clarke, Papalii was given the 13th of July 2020 as the hearing date.

Unasa Iuni Sapolu then requested for an alteration of bail conditions for her client because of the long delay.

Unasa told the Court that Papalii was looking after his elderly mother as well as his young children and therefore requested that he is relieved from the weekly signing-in at the Apia police station.

Prosecution opposed the application and the Court denied the request for signing-in, but did accept the change of day from Tuesday to Friday.

Papalii is required to report to the Apia Police station every Friday before noon.

The Worst is Yet to Come for USA, COVID-19 Cases Higher than Italy and Spain Combined

All COVID-19 Specimens Now Taken to NZ for Testing, SOE Orders May Relax Depending on Results

PM Says Minimum Wage Increase Is All About Affordability

The Worst is Yet to Come for USA, COVID-19 Cases Higher...