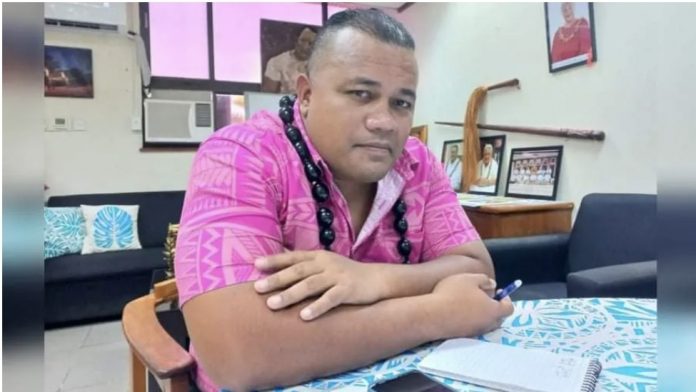 A complaint filed by a staff member of a State Owned Enterprise has landed a former Chief Executive Officer in the District Court, facing a charge of “uttering insulting words”.

Faamatuainu Lenatai Sala Suifua was appointed STA CEO in June 2019 for a term of three years. Days before the closure of applications for a possible renewal in Feb 2022, Faamatuainu was slapped with letters of complaint from disgruntled staff members with allegations of misconduct against the CEO.

According to Faamatuainu in an interview with local media, the timing of the complaints “were quite a coincidence” and he questioned why the employee girevances were not raised earlier.

Kerisimasi Kerisimasi, 32 of Magiagi, did not stop at a workplace complaint. He went to police with his girevance and filed charges against his former boss.

Kerisimasi said it was the 28th of December 2021 and nine staff members had gone up to Palisi to set up the fireworks display for New Years eve. He said their CEO arrived at the site and called out to him, asking where his safety hat was. When he told Faamatuainu he had left his hat at home, his former boss then yelled obscenities at him.

Prosecution then rolled in six witnesses, all staff members who testified in support of Kerisimasi. All of them saying they felt sorry for Kerisimasi on that day because of how rude the boss had been.

When cross examined by defense counsel Alex Su’a, Lafi agreed that hats were an important part of occupational health and safety standards required by the workplace.

Raymond Tuatagaloa, 33, of Vailele said he was a supervisor on that day. He told the Court he did not say anything, but did feel sorry for Kerisimasi.

When cross examined, he agreed that the place was not a public venue, and they were the only people within hearing of the telling off.

Kelly Tupu, 44, of Vaivase told the Court they had been working in the scorching sun that day, and he had thought the CEO would acknowledge their work but instead lashed out at Kerisimasi.

Alesana Vilivili, 56, and Fememeai Utuva, 43, also gave evidence and told the Court they too felt sorry for Kerisimasi. When cross examined they both agreed it was only the staff and the CEO within hearing of the alleged abuse.

Alema Alema, 27, told the Court he saw the embarrasment on Kerisimasi’s face.

The lineup of staff testimonies was reiterated by Tuiloma Tu Muliava, the officer in charge of the investigation. He argued psychological abuse, and basic rights had been infringed by the former CEOs words and treatment of the staff member that day.

Defense Counsel Alex Sua argued on behalf of Faamatuainu who did not take the stand.

Sua argued that the law being applied to charge her client requires that the words be uttered “in a public place” and submitted that the place the alleged offending took place was not public. Sua also submitted case law (Police vs Sioa) where charges had been dismissed.