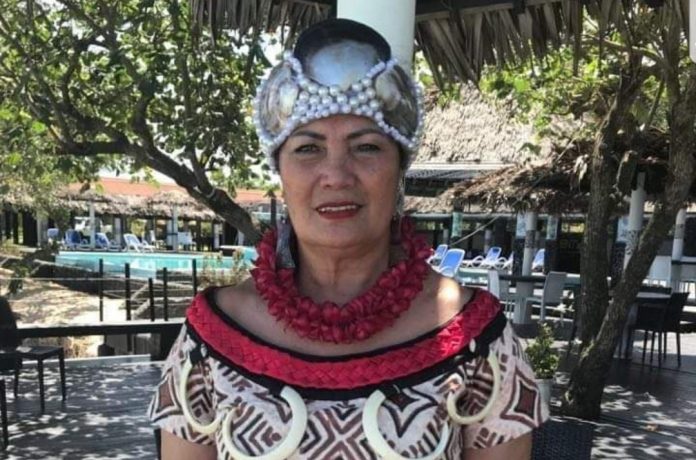 Businesswoman and Miss Samoa 1977 Ana Schmidt Stevenson has broken through barriers with the historical bestowal of the Pesetaalotamaalelagi title in the village of Safotu, Savaii this morning.

Responding to questions from Samoa Global News, Ana’s daughter and lawyer Ladesha Stevenson Papalii said that this was the first time a woman in the Schmidt family had been given the honour to be bestowed the high chiefly title in the village of Safotu.

Ana is the daughter of Peseta Seko and Julia Milford Schmidt who had lived a life of service to the village of Safotu. Peseta Seko was a Member of Parliament and well known boxer in his day who held the heavyweight champion for the South Pacific. Peseta had also served as a Lands and Titles Court judge.

“The Pesetaalotamalelagi title was bestowed by the village to honour my grandfather’s service to the village.”

Ladesha adds that this has been a monumental day for their family.

“My mother has pushed the boundaries and today changed the mindset of the highest matais in the village to allow a woman from our family to be bestowed this chiefly title;

“She has paved the way for future generations to come. We are so proud of her,” says Ladesha.

The blessing was held in the Catholic church where clergy of all congregations in the village attended to bless Pesetaalotamaalelagi Ana.

“We had the leaders of all the other denominations; EFKS, Methodist and Morman. They attented and blessed her all at same time.”