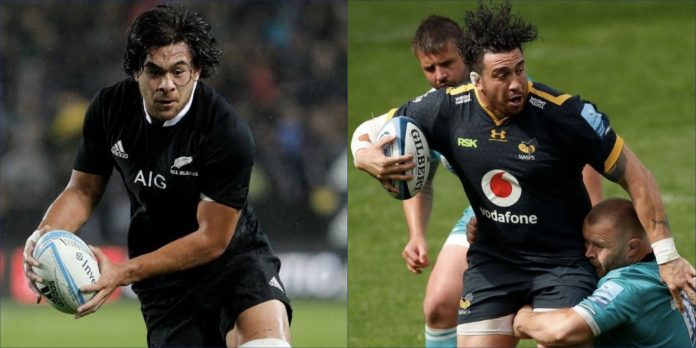 Headlining this 32 man squad are former All Blacks Steve Luatua and Jeff Toomaga-Allen.

World Rugby Eligibility Rule 8 which had locked players for life to one nation has been relaxed to a 3 year stand down, widening the net for Pacific Island team selections.

Luatua represented Samoa and New Zealand at the U20s level before playing 15 caps for the All Blacks. The 31 year old Lock and Loose Foward is currently playing for the Bristol Bears.

Toomaga-Allen has only played one match for the All Blacks but racked up 115 caps for the Hurricanes at the Super Rugby level. Newly signed by Ulster, the prop forward brings experience and his big 6’4” frame will bolster Samoa’s foward pack.

Joe Perez who is an outside back has Manu 7’s experience playing under Sir Gordon Tietjens.

Sepulona is a halfback who will look to gain some quality knowledge and experience on this tour.

The Manu Samoa tour of Europe will include matches against Italy, Georgia and Romania.

The tour is the first for the Samoan outfit since 2019 and since Vaovasamanaia
Seilala took over as head coach. Samoa faces Italy on November 5 in Padua, Georgia on November 12 in Tbilisi, and Romania on November 19 in Bucharest.

Vaovasamanaia and his side are coming off the back of a successful Pacific Nations Cup campaign after defeating Tonga, Fiji and Australia A.

“We will look to build on the success of the Pacific Nations Cup win and keep developing how we want to play, whilst also having a good look at our talent pool for our RWC2023 team selection.”

“We do not have many test matches to prepare for rugby’s pinnacle event so we are maximising on every opportunity
that presents itself.” 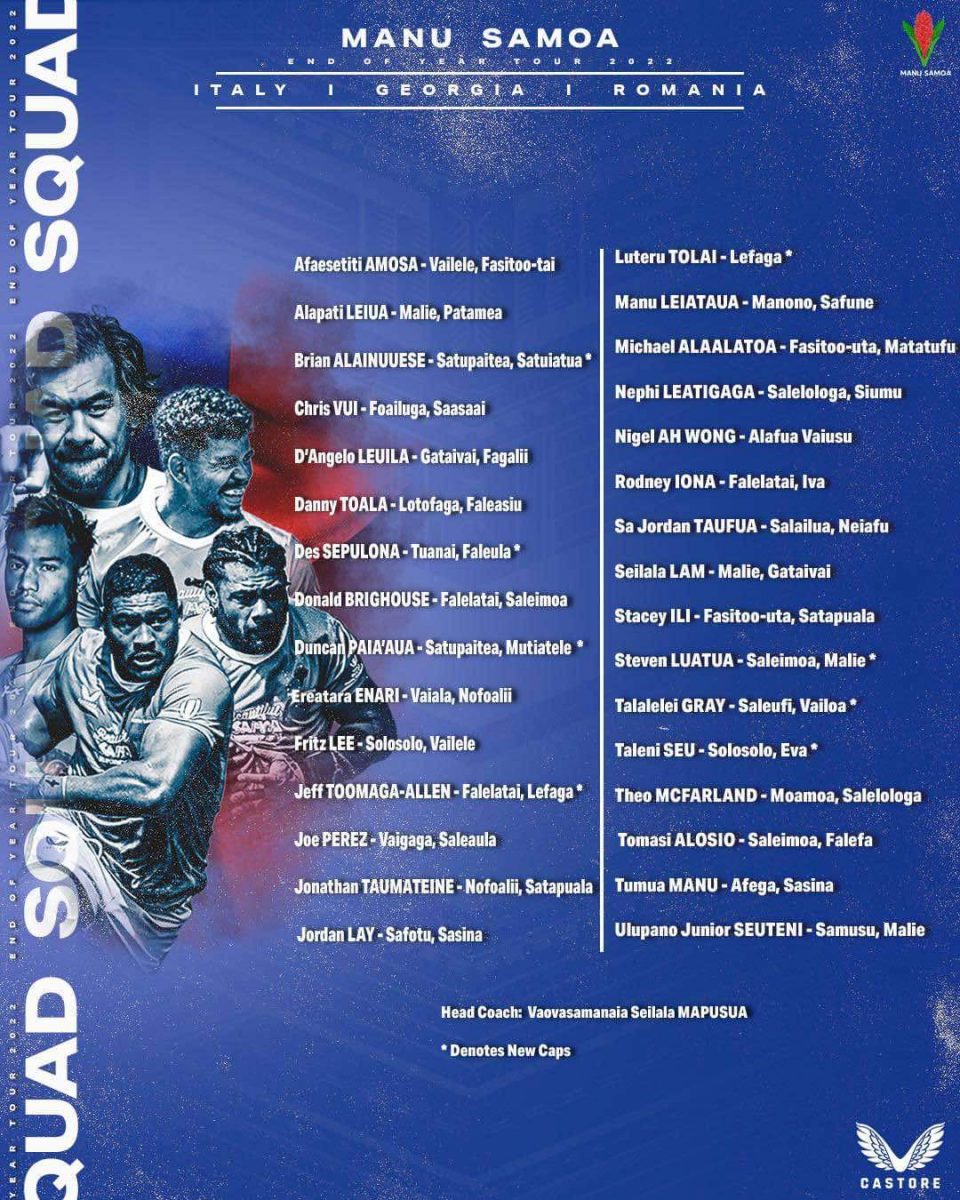 Vaovasamanaia is looking forward to using the tour as part of the build-up to the Rugby World Cup 2023 in France.

The Head Coach says there is a balanced mix of young and experienced players adding the two local players are rewarded for their strong performances in local competitions.

The majority of the team are northern based, and includes eight uncapped players making their debut for Samoa.

“With only six tests this year, the team looks to further build on the given matches..

“We are excited to be going on a what will be a difficult tour, especially after the disruptions and challenges over the past two years. This has been the most difficult team to select with the quality of players available. We are building some quality depth and I look forward to working with this group..

“I am thrilled for the opportunity for our Manu Samoa to end what has been a good yet tough year on a high. And as always, we appreciate all the support and encouragement from our people and supporters both here in Samoa and around the world,” Vaovasamanaia added.