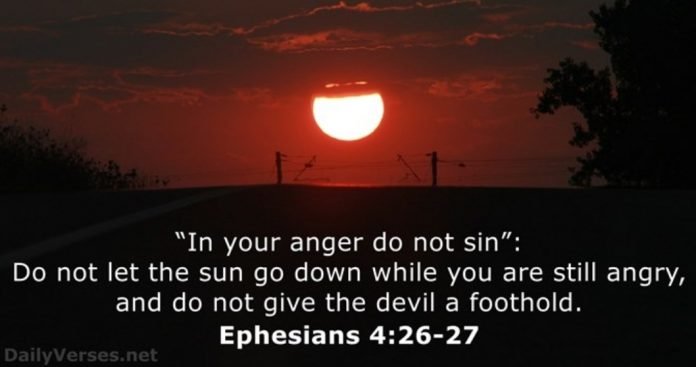 Jesus said in Matthew 26:28 “THIS IS MY BLOOD OF THE NEW COVENANT, WHICH IS SHED FOR MANY FOR THE REMISSION OF SINS.”

The same precious blood that was shed for YOUR sins was also shed for the sins of those who have wronged you. When we forgive others, we are extending to them the same mercy that God has given us.

Psalm 103:8 tells us that “THE LORD IS COMPASSIONATE AND GRACIOUS, SLOW TO ANGER AND ABOUNDING IN LOVE.”

As God’s family, all of us are supposed to be the same way – compassionate and gracious, slow to anger and abounding in love. The Hebrew word for ‘compassionate’ can also be translated as ‘merciful.’ Mercy is the kind pardoning of an offender.

The forgiveness that we offer others is based on the fact that God (our righteous Judge) has shown us mercy and forgiven us. Having been forgiven of ALL our sins, we should be willing to freely forgive others too. Be mercy-FULL to others just as God has been merciful to you. The kind pardoning of others is also kind on your own heart as you let go of any hard feelings today.

You are a child of God. You have been set apart and marked off from the rest of the world.

Ephesians 4:26-27 “IN YOUR ANGER DO NOT SIN. DO NOT LET THE SUN GO DOWN WHILE YOU ARE STILL ANGRY, AND DO NOT GIVE THE DEVIL A FOOTHOLD.”

The Greek word translated ‘foothold’ means ‘a place that has been marked off from surrounding space’ and it also means ‘an opportunity or occasion for acting.’

There is a line that the devil cannot cross UNLESS, he is given the opportunity. In other words, the devil can’t cross the line unless we give him place or give him a foothold. And nothing gives him a foothold like unresolved anger, which often leads to sin.

When the sun goes down and you’re still angry, it means that you haven’t forgiven those who have offended you. Unforgiveness allows the enemy across the line. It gives him an opportunity to act and cause your anger to grow into bitterness and resentment.

As you harden your heart towards others, the hostility gets worse. Don’t let the devil use your emotions to poison you with his lies. Keep him out by being merciful and forgiving towards others.

Some Bible scholars say that it’s up to seventy times seven in a single day. Although no-one could possibly wrong us 490 times a day, Jesus’ point is clear – there is no limit to the number of times we should forgive others.

Join the 490 Club! The 490 Club is made up of those who have NO LIMITS TO FORGIVENESS. They are ready to forgive any and all offences.

Be forgiving and live free from the destructiveness that comes from remaining bitter towards those who’ve wronged you. Voluntarily forgiving others is a life of true freedom!

God bless and have an awesome week.