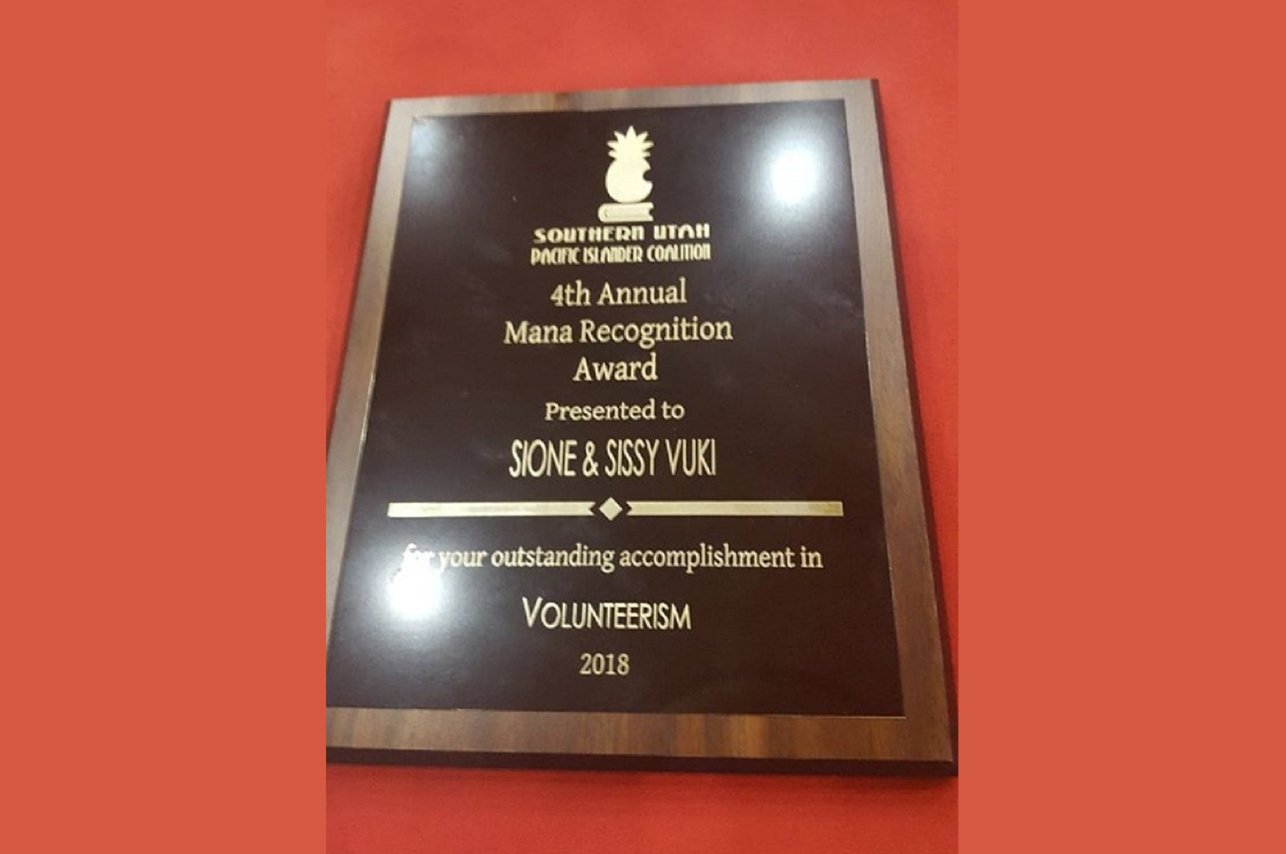 (GOVT. PRESS SECRETARIAT): The writing was on the wall for over a decade now that Faalogo Sissy Situtuila Vuki and husband Tupuola Sione Vuki based in St George Utah would be publicly recognised for their humanitarian community out-reach to help Samoans here at home.

In the limelight for all the right reasons, Tupuola and Faalogo are the 2018 Mana Award Recipient to honour and recognised their community volunteering incentives. The award is the 4th annual banquet sanctioned by the Southern Utah Pacific Islander Coalition, (SUPIC).

The Coalition mission is to advocate for, and empower all Pacific Islanders through programs and referrals that promote health, youth development, education and artistic, ethnic and cultural preservation.

But the credit, says the modest Faalogo and Tupuola goes to all who continue to trust and have faith in their labour of love.

“We want to recognize and honour all the Donors and supporters from families and friends in Utah, California, New Jersey, Florida, and USA that help make any Volunteer cause a success, especially Samoa 911 Call Center or “NECC911” National Emergency Call Centre 911.

“We share this award with all of you! There is no “I” in Teamwork.
“May God continue to bless Southern Utah Pacific Islander Coalition “SUPIC” Keli H Langi and Susi Lafaele and Board members for all you continue to do for our Awesome Community,” the couple acknowledged in a Facebook message.

But Faalogo and Tupuola’s community impact is not restricted in Utah and has been discreetly hailed in Samoa in their role as silent contributors to educational projects in the country needing financial assistance for over a decade transmitting over $150,000 in response to request from schools.

And there is no stopping there. 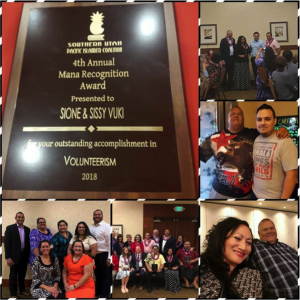 In the pipeline is a new scholarship assistance program exclusively designed by Faalogo and Tupuola for students whose parents are employed by the Ministry of Police and the Fire Emergency and Services Authority.

Since it was launched earlier this year, 30 Police and Fire fighting officers have sought assistance from the scholarship awards.

The grant pool is nearly $8000 already raised but the fundraising driver continued.

It is the latest assistance by the couple who remains indebted to Samoa 911 after a lifesaving experience while visiting Samoa recently.

During a visit to Samoa in 2016, Tupuola’s health rapidly deteriorated, and Faalogo had no luck with one of the three emergency phone numbers.

“I tried calling for help on the numbers that I was given for emergency and no answer. I began to pray to plead for God’s help.”  When they learned via Facebook that F.E.S.A. was established a call center with the 911 emergency number Faalogo began fundraising to support the new call center.

Their fundraiser exceeded the US$5000 goal and they donated $15,258.41 in April which they handed over the FESA earlier in the year. Now, their focus has turned to education.

Next year, $8000 tala worth of scholarship awards will go towards 10 primary students, six college students and two university students.

An estimated $5,500 tala will be given to selected winners in the form of backpacks and school supplies.

And Faalogo continues to remain vocal on the frontline in the United States to fundraising for Samoa’s 911 call center.

The scholarship award winners will be named and distributed early next year.