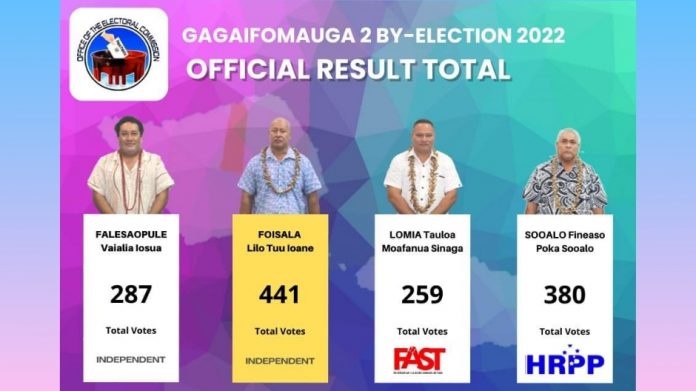 Independent candidates are allowed by Law now to move to a Party if they so wish to do so and the newest Member of Samoa’s Parliament has already indicated he intends to join the Faatuatua i Le Atua Samoa ua Tasi party.

The Office of the Electoral Commissioner (OEC) live-streamed the official count from the Stevenson’s at Manase Hotel on Saturday afternoon. 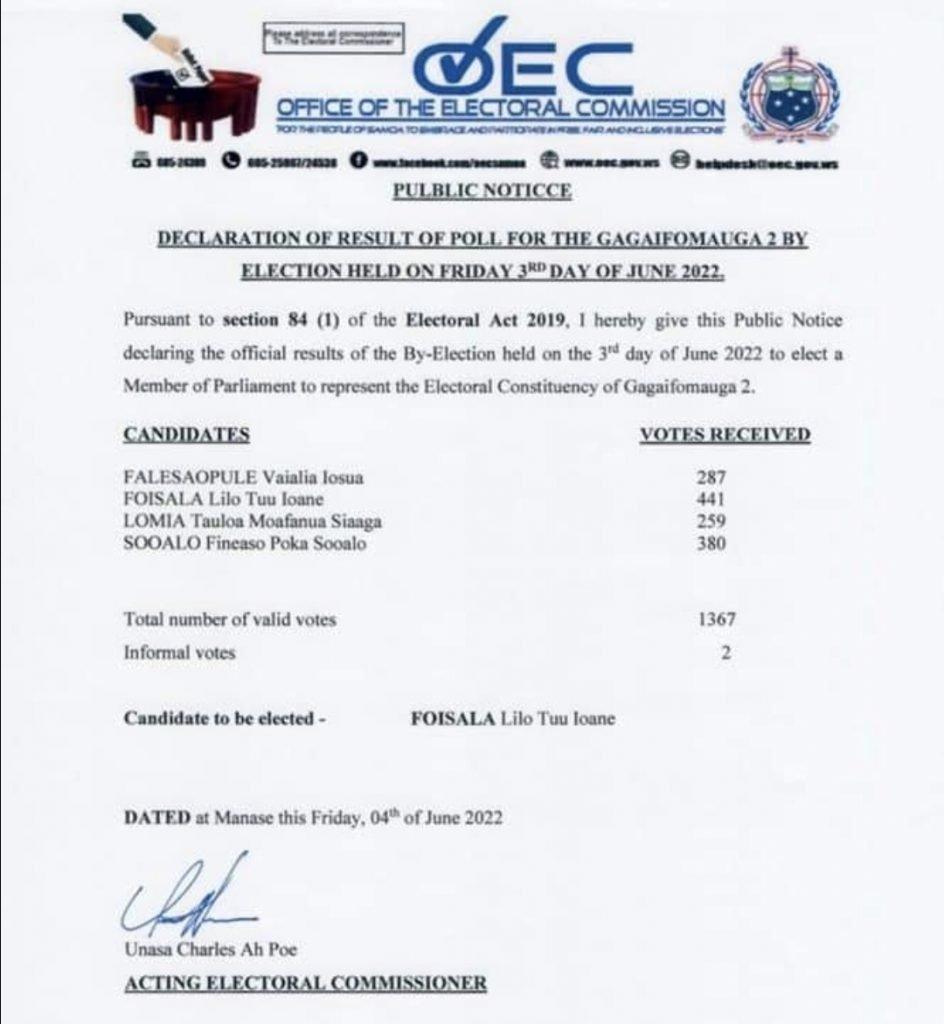 Fo’isala has won with just 441 votes, in a constituency where according to the OEC, there were 2,031 eligible voters registered when the official list was finalised.

All candidates’ final votes add up to 1,367 – and there were 2 votes declared void.

The OEC have also issued the final official count by booth.

The independent seat fills the 51 seats in Samoa’s Parliament where FAST currently holds a majority of 30 seats while HRPP hold 20. 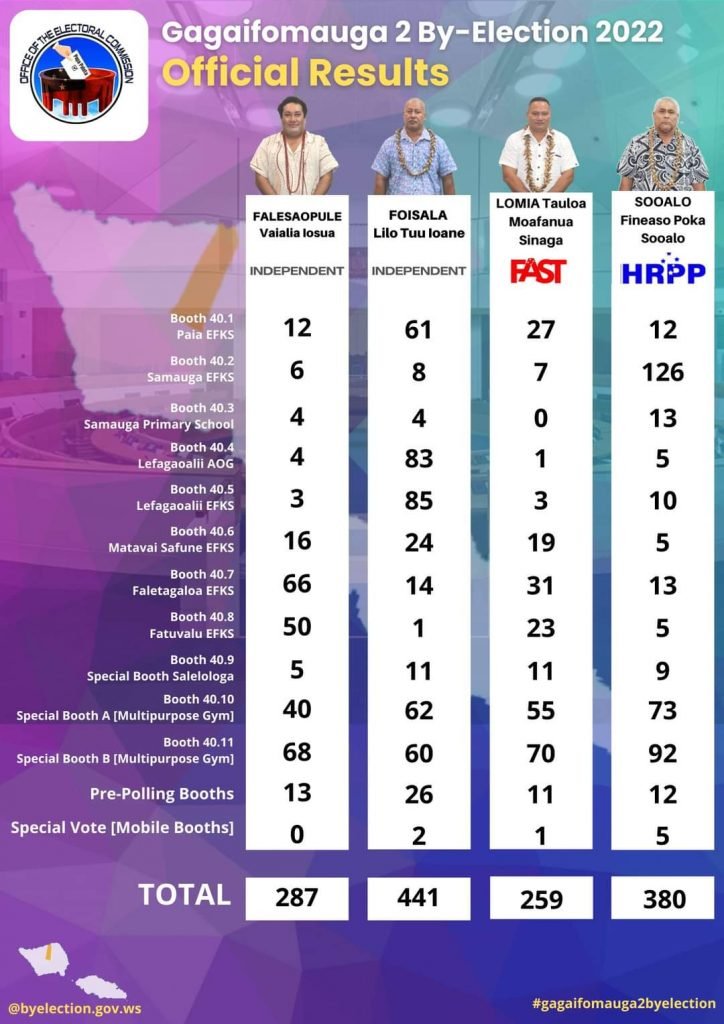