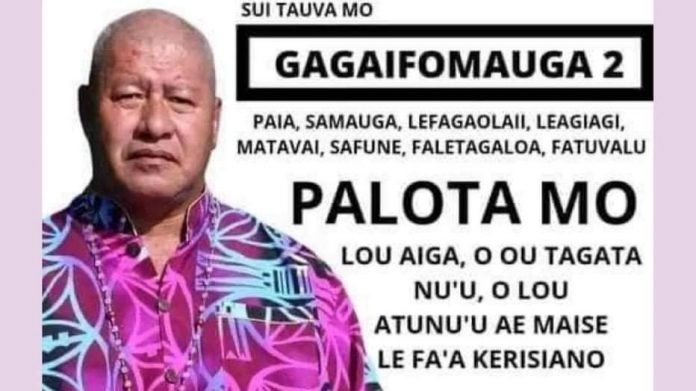 The preliminary vote count for Gagaifomauga No 2 constituencies by-election shows independent candidate Foisala Lilo Ioane was the favorite, with 413 votes.

The preliminary vote count was live-streamed by the Office of Electoral Commission facebook page displaying the numbers for each candidate from the different booths.

According to the OEC, there were 2031 eligible voters for the by-election, however, only 1369 votes were polled. That means only 67% of voters turned out for Gagaifomauga No. 2.

Tomorrow, the office will announce the official count for Gagaifomauga No. 2 after special votes are counted and a recount of the preliminary results.

The seat was vacated by the sudden passing of former Associate Minister for Agriculture and Fisheries, Hon Vaele Paiaaua Iona Sekuini Paiaaua.