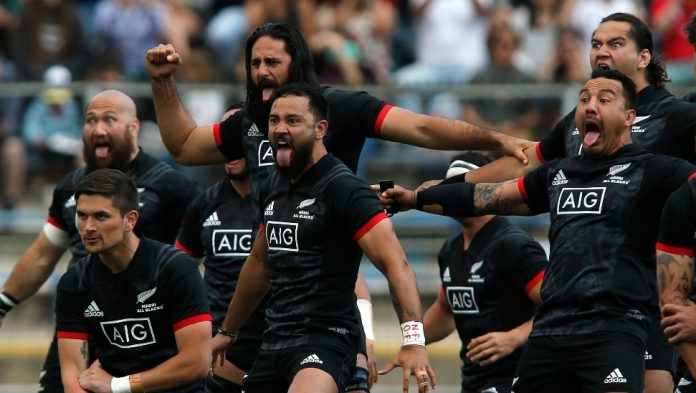 15 May 2019. New Zealand Rugby has announced a home and away two-match series this year between the Maori All Blacks and the Flying Fijians which promises to be an epic encounter according to NZ Board member Dr Farah Palmer.

The Flying Fijians will have first home-advantage when the Maori All Blacks – assembling for the first time since their Americas end of year tour last year – head to Suva, Fiji, for their season opening match on Saturday 13 July.

Both teams then head to New Zealand where a second match is scheduled for the Rotorua International Stadium on Saturday 20 July.

New Zealand Rugby Board member and former Black Ferns Dr Farah Palmer said the two-match series was a great opportunity for both Maori and Fijian rugby fans to celebrate their identities and play great rugby.

“This is truly exciting. We know that the Maori All Blacks’ style of rugby is very popular around the world, and the team are often-sought ambassadors for the game.

“Pitting the Maori All Blacks against a Flying Fijian side on a mission for Rugby World cup 2019, and with passionate supporters behind both teams, will be the perfect formula to create an epic encounter.

“Here, we have two teams that play an exciting and attractive style of rugby. The Maori All Blacks have had some classic matches here in the past and we know they have a huge support base in Rotorua.

Dr Palmer acknowledged the efforts of Bay of Plenty Rugby and Rotorua Lakes Council whose joint bid made it very difficult to look anywhere else to host the second match.

“They are really embracing this opportunity to make the celebration of Maori and Pasifika rugby stretch over a whole week of activities.”

“I’m delighted to say that the Fiji Airways Flying Fijians have been given such a great opportunity to play two test matches against Maori All Blacks on the 13th and the 20th of July. It is indeed a timely boost for the Flying Fijians as we will prepare for the Rugby World Cup in Japan later in the year.”

“Fiji Rugby is looking forward to hosting the Maori All Black here on the 13th of July at ANZ Stadium in Suva. It will be an ideal opportunity for fans to come in numbers and witness not only the Flying Fijians but also a powerful Maori All Blacks side.”

“We are on track with our preparations and no doubt the Maori All Blacks visit will be a memorable one for the team itself and the fans here.”

Bay of Plenty Rugby chief executive Mike Rogers says the Maori All Blacks have a rich rugby history beginning with their first match played in the city more than 100 years.

“It’s also a significant occasion for home town hero and Maori All Blacks Head Coach Clayton McMillan, it will be the first time the team has played in his home town under his tutelage.

“We are excited to host both teams – and while we know the Fijians are fiercely loyal – and vocal – supporters of their team – the Maori All Blacks is a very special team for us and this is a unique opportunity to watch them play at home,” Rogers said.

“Fiji recorded that historical win against France during their end of year tour, and so they come into this year in impressive form. I think they will be a great challenge for us playing in their back yard, and here in Rotorua, a place that is very special to me.

“For us, there’s a sense of unfinished business as we probably left our rugby public less than satisfied after our last home game against the British and Irish Lions in 2017. I know we’d certainly like to make that up to Maori All Blacks supporters,” he said.

Both teams arrive in the city one week prior to the match and Councillor Charles Sturt, who leads the Rotorua Lakes Council sport and recreation portfolio, says there will be a number of different Maori and Pacifica events leading up to the match.

“We’re thrilled Rotorua has been chosen to host this match. Rotorua has declared its commitment to becoming a bi-cultural district and Te Arawa culture is a core fabric of our local community so we have a special affinity with the Maori All Blacks.

“We also have a strong Pacifica community in Rotorua, and we will have a number of events outside of the game to celebrate all things Pacifika.

“And, of course, we have a very proud history of producing some of New Zealand’s rugby greats who have played for both the Maori All Blacks and the All Blacks.

“Rotorua is known as a great place for hosting great events and I’m sure the local community and rugby fans from elsewhere will show their support for this game.”