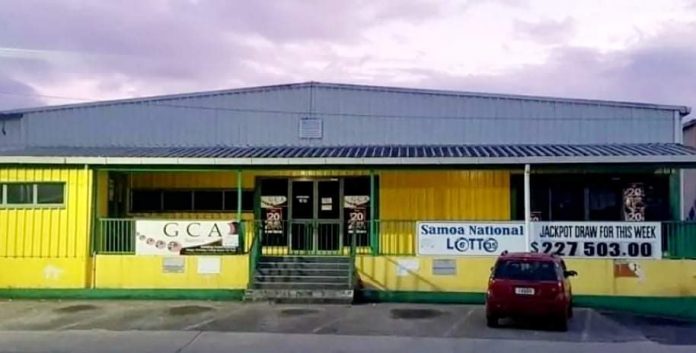 Five former employees of the Samoa Sportslotto who had entered early guilty pleas to charges of embezzlement were handed down fines and escaped custodial sentences following incidents of defrauding and theft recently discovered within the government-owned authority.

Delivering his decision in the Supreme Court last week, Justice Vui Clarence Nelson reminded the defendants of the seriousness of their crimes, and then offered a second chance to the four women and one male offender.

Telesia Lina Bourne of Luatuanuu, Tamara Brown of Toomatagi, Masela Moananu Masoe of Vaitele-Uta, Ulalia Sulufau of Leulumoega-Tuai and Pio Paepae of Ulutogia Aleipata pleaded guilty in September last year, accepting all charges against them. They were amongst nine staff members terminated and charged for an organised system of taking customer monies for tickets that were never registered for weekly games.

The other four; Silika Hala of Afiamalu, Leilua Tonuu of Alamagoto and Malie, Talosaga Wales Amosa of Fagalii and Lui Feseetai of Vaitele-Tai pleaded not guilty – and are on bail awaiting trial later this year.

The defendants were employed as ticket operators of Samoa Sports Lotto when the issue surfaced in July 2020.

The scandal went viral on facebook and social media when former employee Silika Hala who had been sacked in June 2020 made serious claims on social media – alleging TMS (The Mail Service) tickets bought through Samoa Sports Lotto for the Australian Lotto were not being transmitted.

There was substance to the allegations and the Samoa Sports Lotto were lucky to not have had a winning ticket amongst those purchased by customers during the period of the offences.

The scandal caused a panic to customers, and threatened the reputation of the Authority who immediately issued a press statement saying the Authority had taken legal action toward the disgruntled former employee who had exposed the racket.

“As a result of its internal investigations Samoa Sports Lotto had lodged criminal complaints against a number of staff employed as teller/sales operators that have been implicated for defrauding and stealing from Samoa Sports Lotto and its TMS games customers.

“Those identified and referred to Police for their further investigation and subsequent action have now been formally charged by Police with theft and other unlawful acts.

“Those charged with theft will include the former employee responsible for the social media posts attacking Samoa Sports lotto. We have also filed additional criminal complaints against this same person and members of her family for defamation, harassment and intimidation as well as threats made against the staff and property of Samoa Sports lotto.

This has not only caused confusion, but detracted from the facts of this matter, which is that –   Samoa sports lotto and a handful of its TMS customers were the victims of the unlawful actions of some dishonest staff employed as tellers/ operator and sales persons. As such, the company and its TMS Global Partners are exploring all legal options available to us against persons or parties that have undermined the reputation of Samoa Sports Lotto  and our TMS Australian  games.

Our TMS customers have been advised during the course of this matter of this investigation and options exercised to their satisfaction in accordance with the terms and conditions of their participation in TMS games as per legal notices and disclaimers posted at all our branches and agencies.  We thank our TMS games customers for their assistance with our investigation and for their patience and understanding in this matter and their continued support and confidence in the integrity of our TMS games and Samoa Sports lotto, with TMS game sales remaining high despite the last 4 weeks of confusion and disruption.