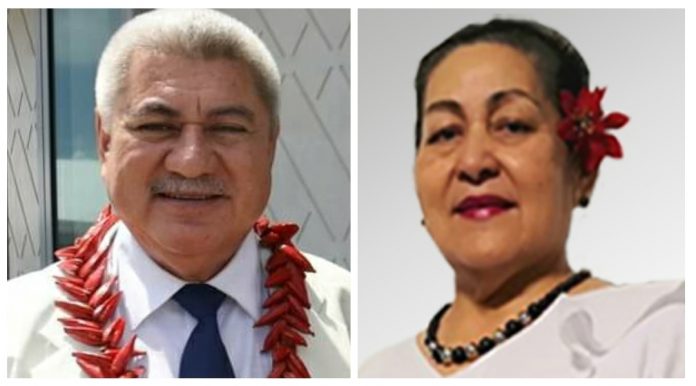 Despite warrants of arrest being issued by the Supreme Court on Thursday afternoon against five witnesses, none of them appeared in Court on Friday morning resulting in charges being withdrawn against the former Deputy Prime Minister. Counsel for Toomata, Alex Su’a had no choice but request the withdrawal of charges 5A, 5B, 5C, 5D and 6X on the charge sheet.

There were orginally eight charges of bribery filed against Fonotoe, so three bribery charges still remain, together with three of treating.

Prior to the start of the case yesterday morning, a heated exchange was heard outside Court between a matai of Solosolo by the name of Malaulau and the Secretary of the FAST Political Party, Vaaaoao Salu Kalisi.

Malaulau was leading the charge of Solosolo matai who came to plead with Toomata Norah to withdraw her petition against Fonotoe. Malaulau showed his disregard for the FAST Secretary when he responded on behalf of Toomata Norah during formal deliberations.

Malaulau took offense when Vaaaoao interjected in the middle of his oratory speech requesting that Toomata and Fonotoe settle the matter out of Court. Vaaaoao interrupted Malaulau to say Toomata had already made up her mind to continue.

Malaulau ignored the secretary and again requested Toomata for a settlement, telling Vaaaoao to keep quiet, and mind his own business because they were discussing issues within their constituency that can only be dealt with between matai of the constituency.

That made Vaaaoao angry, repeating to Malaulau that Toomata’s decision is for the election petition to proceed. Toomata Norah stood next to Vaaaoao as the conflict elevated between the two men. Toomata did not engage in the heated discussion. Police intervened when the two men were heard yelling at each other to shut up. Officers were quick to calm the situation down before court proceedings began.

The case continues before the Supreme Court.