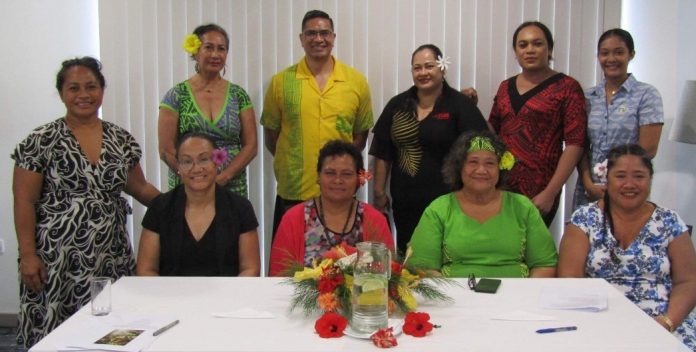 Samoa will soon have a calender featuring women farmers expected to be launched in June.

A first if it’s kind the 2022 calender will be called – ‘Growing with Mother Nature’, sponsored  and distributed by Samoa Stationery and Books (SSAB).

The initiative will drive messages to acknowledge the work of women farmers and growers in villages, and aim to inspire young women and youth to recognise farming as a viable career option.

The Women’s Farming Calendar is being coordinated by Fa’alualuo Floris Niu of ‘Ms Sunshine Organic Farms’ who says the idea of the programme is to give back to the people.

“The main focus of this programme is inspire the next generation to come and give back to the country and to do things differently, with the desire to help heal our land..” she said.

Ms Niu emphasised the importance of understanding the positive impacts of agriculture on our health.

Four of the 12 organic farmers to be featured in the calendar were present at the press conference held at the Lava Hotel Friday afternoon. Cilla Betham from Aleisa, Penna Puni Khan of Fasitoo-Tai and Samatau, Fuatino Moli from Faleasiu and Melanie Erichsen of Vaivase Uta.

“.. and reminded them also that women are the carers of the land.

The seasion was an open talanoa session during which  Chief Executive Officer of SSAB, Tofilau Fiti Leung Wai thanked Fa’alualuo for helping the women of Samoa.

Tofilau suggested a documentary to detail women’s stories, would compliment the calendar initiative well and help further promote women and youth in farming.

SSAB Sales and Marketing Manager, Asomua Asia Stanley expressed his views on the importance of agriculture and suggested the Ministry of Education Sports and Culture (MESC) implement Agriculture as a compulsory part of school curriculum.

Asomua suggested the group could work closely with the Ministry of Education to consider an Organic Farming course of study.

This initiative is co-funded by Ms Sunshine Organic Farms, SPS Biosecurity, NZ Aid Programme through the Project – “Improved Livelihoods through Improved Protection of the Premium Cocoa Value Chain 2020-2023” with Samoa Stationery and Books Ltd as their major sponsor and distributor in Samoa.

A Day in the Life Of