It has been over twelve months since Samoa has been in a perpetual State of Emergency with special measures to ensure its borders remain safe from covid-19.

So far Samoa has had no community cases despite the many repatriation flights bringing hundreds of stranded Samoan citizens home from around the globe including seasonal workers, sailors on international shipping lines, and medivac cases of citizens seeking life saving treatment overseas.

In an added honor to Samoa’s frontliners, a special “Minute of Applause” was observed by the whole of Apia Park stadium after the national anthem was played for the Tupua Fred Wetzell Cup Final match.

Players of Matnieul Laulii Lions and the Faleolo Jets from Aana stood clapping for a whole minute joined by all in the stadiums, for the doctors, nurses, customs officers, immigration officials, airport security, quarantine, stevedoring services, drivers and cleaners who are all called upon to secure our borders during flight and vessel arrivals. 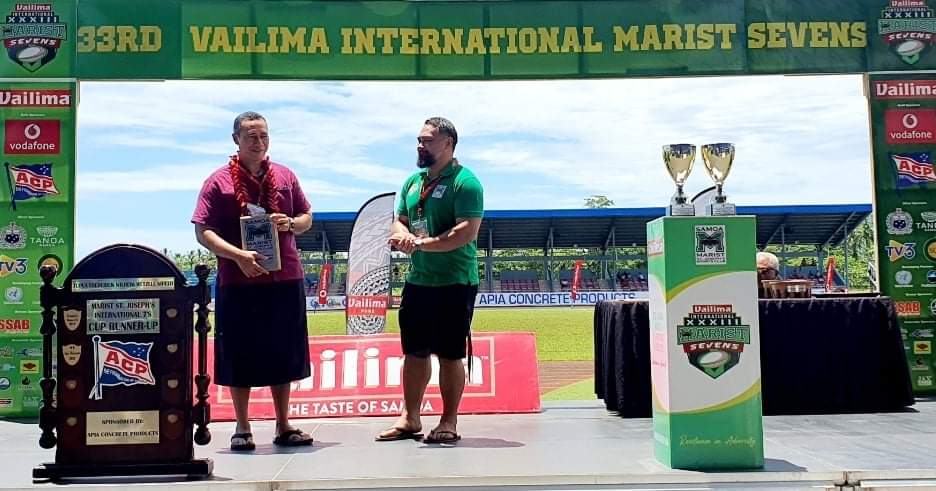 Samoa has one confirmed case on isolation at Motootua National Hospital and a special team of health care workers are in camp, away from their families, to monitor the 16 year old round the clock.

Agafili expressed his appreciation and thanked the Marist St Joseph’s Sports Club for the honor and recognition that he says, means a lot to the hundreds of frontliners making the sacrifice for Samoa each day.