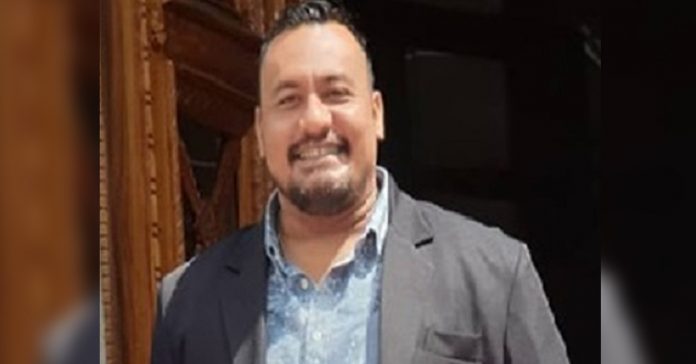 (GOVT. PRESS SECRETARIAT); Cabinet has approved the appointment of a Samoa Liaison Officer, to be based in Australia, who will be dedicated to the Seasonal Workers Programme (SWP).

Currently the Principal Monitoring and Evaluation Officer with the Trade Commerce and Manufacturing Sector with the Ministry of Commerce Industry and Labour, (MCIL) Saleuesile is the first to take up the post.

His primary responsibility is to provide effective management and administration of supply and demand for seasonal employment. He is expected to secure more jobs and new employers for Samoans to be recruited under the SWP, an Australian version of New Zealand’s Recognised Seasonal Employer Scheme, (RSE). Presently over 600 Samoans are working in Australia under the SWP compared to close to 2,000 locals employed by the Kiwis’ RSE program, now in its twelfth year since Samoa joined the 9 Pacific Islands Forum countries as one of the recruiting islands.

Saleuesile will also be on the ground for Government to promote Samoa within the Pacific Labour Mobility employment program which offers three years of employment in Down Under not only in the horticulture and viticulture but in other sectors such as meat processing, trade, tourism and hospitality.

The Liaison Officer will also take on the pastoral care of Samoan workers and ensure that they do not break any laws or cause trouble, which may undermine government’s efforts to secure more jobs for Samoans.

Saleuesile is from the villages of Maagiagi and Saleaula. He holds a Bachelor of Arts in Political Science from Brigham Young University Hawaii and is studying towards a Law Degree from the University of the South Pacific.

A part of the Malua Fou College alumni, he completed the Foundation Certificate in Arts with the National University of Samoa in 2004.

Fulisiailagitele has thirteen (13) years of working experience both in Hawaii and Samoa. In Hawaii, he worked as a cultural demonstrator for the Polynesian Cultural Centre, Malu Production and Best of OAHU Tour Guides for three years.

Whilst studying, he completed his internship with the Attorney General’s Office in 2007. Returning home, he took on a role at the Legislative Office from 2011 until 2015.

He left the Legislative Assembly as Principal Parliamentary Committee Officer before moving on to the Ministry of Commerce, Industry and Labour, joining the Trade, Commerce and Manufacturing Sector Coordination Unit until last Wednesday when Cabinet gave the green light for him to take up the Samoa Liaison post to be based in Australia.