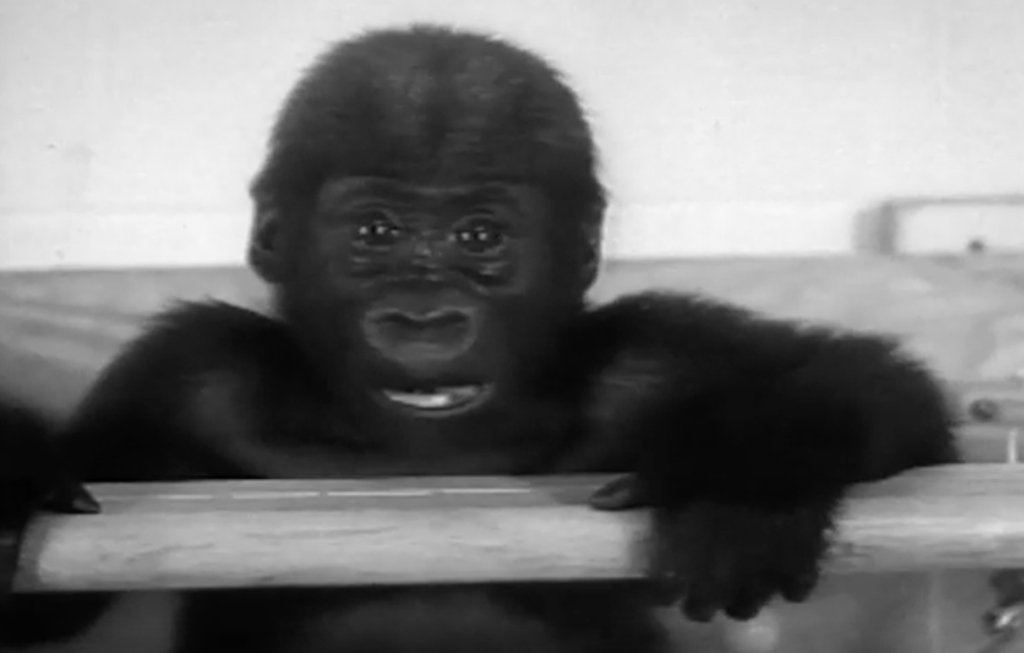 On this day in 1956, a baby gorilla named Colo enters the world at the Columbus Zoo in Ohio, becoming the first-ever gorilla born in captivity. Weighing in at approximately 4 pounds, Colo, a western lowland gorilla whose name was a combination of Columbus and Ohio, was the daughter of Millie and Mac, two gorillas captured in French Cameroon, Africa, who were brought to the Columbus Zoo in 1951. Before Colo’s birth, gorillas found at zoos were caught in the wild, often by brutal means. In order to capture a gorilla when it was young and therefore still small enough to handle, hunters frequently had to kill the gorilla’s parents and other family members.

Gorillas are peaceful, intelligent animals, native to Africa, who live in small groups led by one adult male, known as a silverback. There are three subspecies of gorilla: western lowland, eastern lowland and mountain. The subspecies are similar and the majority of gorillas in captivity are western lowland. Gorillas are vegetarians whose only natural enemy is the humans who hunt them. On average, a gorilla lives to 35 years in the wild and 50 years in captivity.

At the time Colo was born, captive gorillas often never learned parenting skills from their own parents in the wild, so the Columbus Zoo built her a nursery and she was reared by zookeepers. In the years since Colo’s arrival, zookeepers have developed habitats that simulate a gorilla’s natural environment and many captive-born gorillas are now raised by their mothers. In situations where this doesn’t work, zoos have created surrogacy programs, in which the infants are briefly cared for by humans and then handed over to other gorillas to raise.

Colo, who generated enormous public interest and is still alive today, went on to become a mother, grandmother, and in 1996, a great-grandmother to Timu, the first surviving infant gorilla conceived by artificial insemination. Timu gave birth to her first baby in 2003.

Today, there are approximately 750 gorillas in captivity around the world and an estimated 100,000 lowland gorillas (and far fewer mountain gorillas) remaining in the wild. Most zoos are active in captive breeding programs and have agreed not to buy gorillas born in the wild. Since Colo’s birth, 30 gorillas have been born at the Columbus Zoo alone.

Remembering Malietoa Tanumafili II – the “Personification of Peace and Unity”