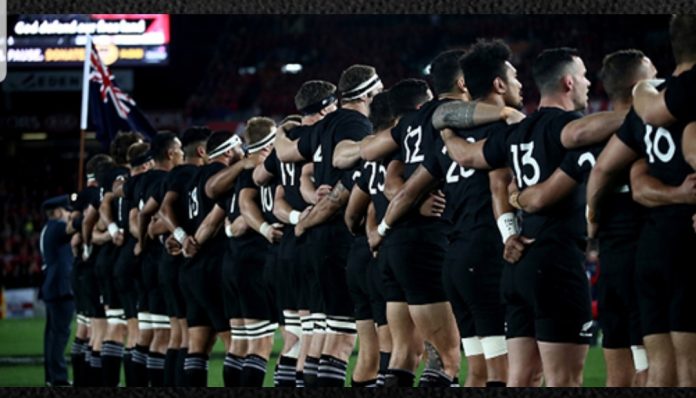 All Blacks Head Coach Steve Hansen said: “On behalf of the selectors, we want to congratulate the four new All Blacks named today – Luke, Josh, Braydon and Sevu. They’ve all performed to very

high levels this year and played some outstanding rugby. It’s a special time being named in the All Blacks for the first time and they and their families can be proud of what they’ve achieved. We also congratulate the returning All Blacks and commiserate with those players who haven’t been named. As always, history has shown us opportunities will arise.

“Whilst recapturing the Rugby World Cup and the Bledisloe Cup are two of the end goals for the year, we have to deal with the here and now, which is getting ready to face two quality oppositions in Argentina and South Africa.”

Hansen said there were many positives in being able to name a larger squad for the first two matches in the Investec Rugby Championship.

“First and foremost, it allows us to pick a very strong squad for what will be a challenging first Test against Argentina in Buenos Aires, while at the same time giving most of the Crusaders players in the All Blacks a rest from what has been a very tough Investec Super Rugby Finals campaign.

“For the new players, it allows us to meet them for the first time, introduce them to our environment and grow their understanding of their game and our game at international level.

Hansen further added: “The challenge and the aim of the first two matches is not only to play winning rugby but attractive, exciting rugby. To do this, we’ll have to quickly reconnect the players from the various Super Rugby clubs back into the All Blacks’ ways. We will need to master our game by improving our execution. To do this, our skillsets and decision making will be our key focus.”

Hansen further said that the first two Investec Rugby Championship matches, along with the Maori All Blacks two matches against Fiji, would give the selectors an opportunity to see a large number of players performing at a higher level, prior to them naming a trimmed down squad of 34 for the Bledisloe Cup.

Hansen said: “Being a Rugby World Cup year, there’s a lot of excitement and anticipation from our many fans not only in New Zealand but also overseas. The squad is really looking forward to our fans’ support at all our Tests this year.”

Not considered for selection due to injury: Ryan Crotty, Scott Barrett, Tim Perry and Damian McKenzie.

Unavailable for selection: Liam Squire has also made himself unavailable as he felt he wasn’t ready to return to international rugby at this stage.

The 39-strong squad is as follows (with age, Investec Super Rugby club, province and Test caps. New All Blacks in bold):

The squad is made up of six Blues players, eight Chiefs, eight Hurricanes, 11 Crusaders and six Highlanders while 13 of New Zealand’s Mitre 10 Cup provinces are represented, with eight Canterbury players, five from Wellington, four from Auckland, three each from Counties Manukau, Waikato Taranaki, Manawatu and Otago, two from Hawke’s Bay and Tasman while there is one player from Northland, North Harbour and Bay of Plenty.

The All Blacks squad (minus the Crusaders players) will assemble in Auckland tomorrow for a pre-season camp, and again for four days next week, before flying to Argentina on Friday 12 July to prepare for the Test against the Pumas on Saturday 20 July.

The new All Blacks – mini bios

Braydon Ennor. One of New Zealand rugby’s bright, young prospects and with the ability to play wing, centre or fullback, 21-year-old Braydon Ennor stormed onto the provincial rugby scene in 2017 with a standout season for the championship Canterbury team, after earlier featuring for the champion New Zealand Under 20 side at the World Rugby Under 20 Championship in Georgia, where he played in four games, including the Final. He was signed for the Crusaders for 2018-2019, playing 15 games in his debut Super season, before starring in 2019. His contract was quickly extended through to 2021.

Josh Ioane. Auckland-born, exciting 23-year-old Josh Ioane travelled south to Dunedin in 2014 to study and played age-grade Otago rugby. His composure and running skills caught the eye of the Highlanders coaches, who called him into the Highlanders wider training squad in December 2016, for pre-season training. While he didn’t take the field in 2017, Ioane continued to develop his game and become accustomed to the higher level. He made his provincial debut later that year and eventual Super Rugby debut in 2018. He took his game to another level in 2019 as the first choice 10 for the ‘Landers.

Luke Jacobson. 22-year-old loose forward Luke Jacobson has been on the national radar for several years as one of a trio of loose forward brothers making their mark in rugby. A driven and hard-working leader, Luke made the New Zealand Schools team in 2014 and in 2016 he made the New Zealand Under 20 team. The following year he captained the Under 20s to victory in Georgia and made his Waikato debut. He made his Investec Super Rugby debut in 2018, went onto captain Waikato in last year’s Mitre 10 Cup and was in outstanding form in 2019 as a punishing defender and smart with the ball in hand.

Sevu Reece. A standout on the wing for the Crusaders this year, 22-year-old Sevu Reece was a rugby and track and field schoolboy star in his Fiji homeland. He moved to New Zealand in 2014 and his rugby rise continued when he was called into the Waikato squad for the 2016 Mitre 10 Cup. In 2019 he was called into the Crusaders as an injury replacement and his blistering pace and unbelievable finishing saw him top the regular season try- scoring table with 13 tries, as well as 109 carries and 34 clean breaks, and was named the Crusaders Rookie of the Year.