Sooalo polled 152 votes behind  Vaele at the 9th April general election, with 596 to 444 according to official results published by OEC.

The third petition being heard today was filed by businessman and Independent candidate Maualaivao Pat Ah Him.

He is petitioning incumbent and  winner of the Sagaga 2 seat – Seiuli Ueligitone who is a Quantity Surveyor by profession and was Associate Minister for MWTI from 2016-2021. 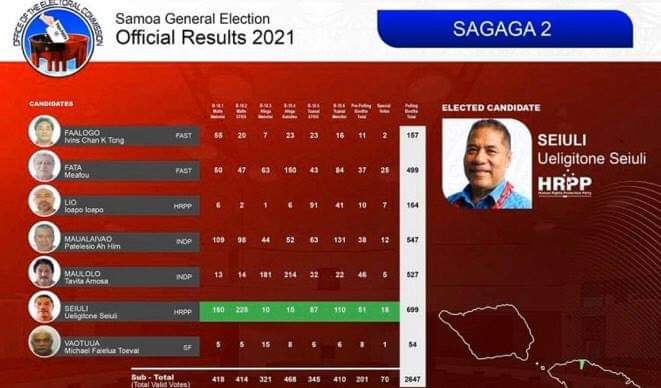 All three petitioners also face counter petitions against them, filed by the winning candidates.

Supreme Court resources are stretched with two justices presiding over each case. The Electoral Act requires the Court to set aside other matters and prioritise election petitions.

With 28 peitions filed, the work of the Supreme Court could take several weeks.