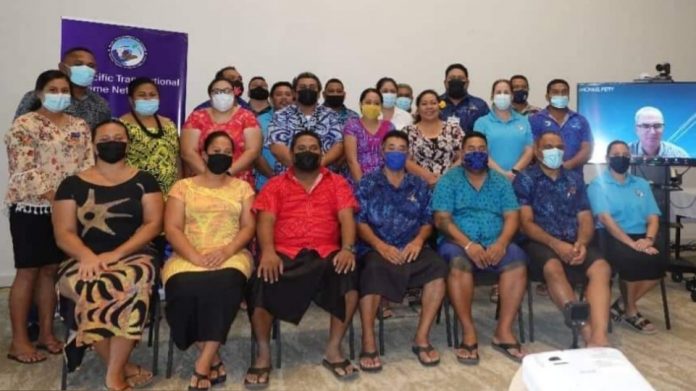 The Asia/Pacific Group on Money Laundering (APGML) and the Pacific Transnational Crime Network (PTCN) have collaborated to deliver a ‘Financial and Money Laundering Investigations and Criminal Asset Confiscation Course’ in Samoa.

The course aimed to enhance skills in identifying and investigating financial crimes and to strengthen relationships and cooperation between agencies. Members from the Financial Intelligence Unit, Samoa Police, Prisons and Corrections Services (SPPCS), the Ministry of Prime Minister and Cabinet, Customs and Revenue, Audit Office, Transnational Crime Unit (TCU) and the Pacific Transnational Crime Coordination Centre (PTCCC) participated in the four-day program. 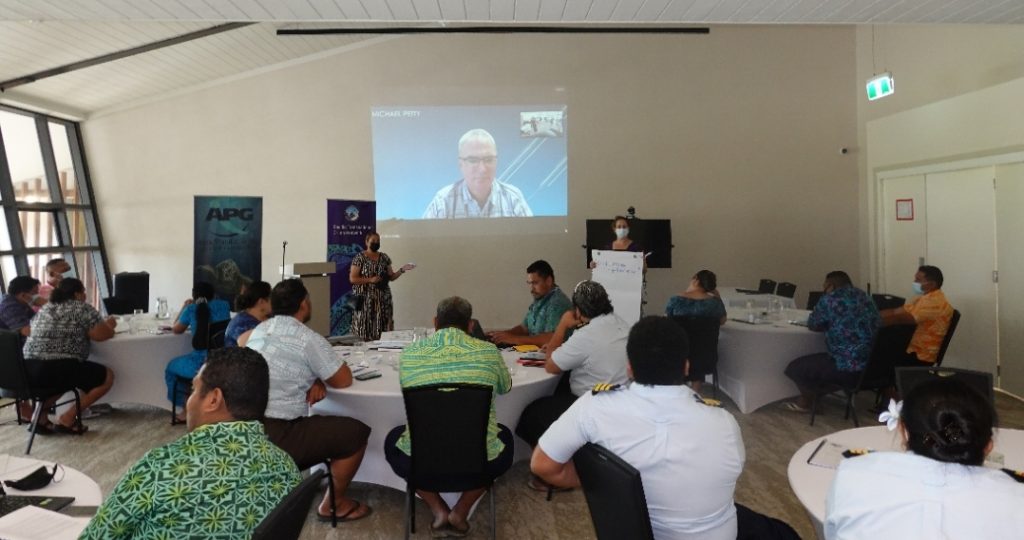 The APGML comprises 41 member jurisdictions (including Samoa), other international organisations and regional observers who combat serious financial crimes in the Asia-Pacific region through implementation of ‘Financial Action Task Force’s’. The objective of the APG is to ensure that member countries effectively implement international standards against money laundering, terrorist financing and proliferation financing.

Chair of the Pacific Transnational Crime Network, Acting SPPCS Commissioner Leiataua Samuelu Afamasaga, outlined that the strengthening relationship between the APG and PTCN was a positive step forward in building the capability and systems to combat the threat. 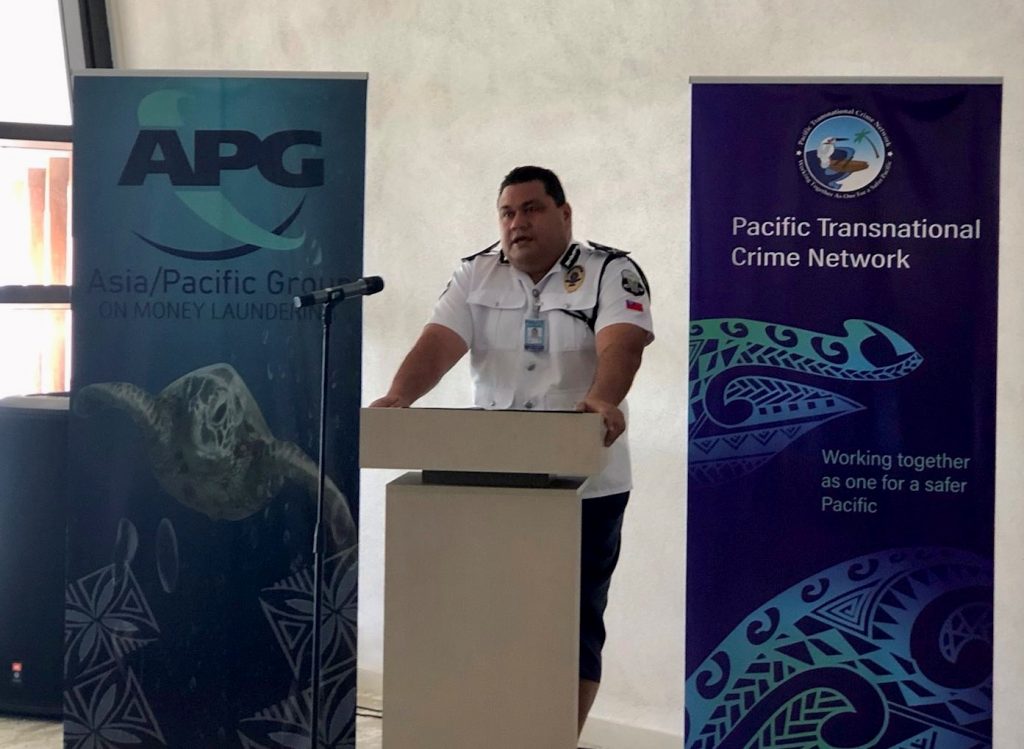 Australian Federal Police Advisor to the PTCCC Nicole Goodwin said the “2019-2020 PTCN Transnational Crime Assessment identified the need for greater awareness of financial crimes impacting the Blue Pacific. We have made a concerted effort to build the relationship with the APG, which has grown over the past 18 months. The PTCCC has been pleased to be invited by the APG to deliver presentations to money laundering courses conducted virtually across the Pacific and we are thrilled that we could provide the in country support to this course”.

The PTCN, which celebrates its 20th Anniversary in 2022, is a well-established and trusted network, operating on declarations of partnerships between law enforcement agencies (LEA) under the Pacific Islands Chiefs of Police. The Apia based PTCCC plays a vital role in managing and coordinating criminal intelligence through cooperation and collaboration with the network of 28 TCU’s in 20 countries

Provided opening remarks to the course A/Commissioner Afamasaga, spoke about the importance of the training to better address financial crime not only affecting Samoa but across the Pacific. He said, “transnational crime including money laundering is a borderless crime which highlights the importance of interagency and regional cooperation”.

A/Commissioner wished students well and provided thanks to the APGML for delivering the course to Samoa and the PTCCC Advisors from the Australian Federal Police and New Zealand Police for coordinating in country.

The New Zealand High Commissioner Dr Trevor Matheson commented, “Aotearoa New Zealand is pleased to have funded this valuable and essential initiative.  Regional security is a top priority and we are proud to support Samoa’s efforts to counter transnational crime. His Excellency noted, “it was excellent to have New Zealand Police advisor Ms Maria-Louise Wetzell recently arrive in Samoa to provide in-person support to PTCCC operations”. “Aotearoa New Zealand looks forward to many more opportunities for collaboration and cooperation with Samoa and the PTCCC as we work together to combat threats to the security of Samoa and the wider Pacific”.

Attending the course dinner the Australian High Commissioner Emily Luck said, “as emphasised by Australia’s new Foreign Minister, Penny Wong, in recent days, Australia is committed to contributing to the long term stability and security of the Pacific. In this respect, we are pleased to be able to help build the capability of the Pacific’s enforcement agencies, with the strength of agencies working together to combat transnational crime”.

Her Excellency said, “we are proud that the Australian Federal Police can work side by side with our partners on a daily basis through the advisor embedded in the Pacific Transnational Crime Coordination Centre and through the Samoa Australia Police Partnership”.

Dr Hook thanked the Central Bank of Samoa; participants for their commitment; APG presenter Mike Petty and the NZ Government for funding the program. In addition, Dr Hook expressed appreciation of the PTCCC and noted the unsung heroes from his team in Australia who play a vital role working with members across the pacific and around the world.

Deputy Governor Wongsin, the former head of the Samoa Financial Intelligence Unit, who also led the foundation of Samoa’s Anti Money Laundering and Counter Terrorism Financing efforts, highlighted the importance of the program in strengthening skills and knowledge in the arena and the intense training undertaken by the participant over the four days. He closed by commenting that “the real training starts when you go back to your respective workplace and apply what you have learnt this week because the key to a successful training is putting into action what you have learnt to make your role as a financial regulator and law enforcement and the role of your institution or authority more effective and efficient”.

Any questions or requests for information can be directed to AFP Advisor Nicole Goodwin at Nicole.Goodwin@afp.gov.au