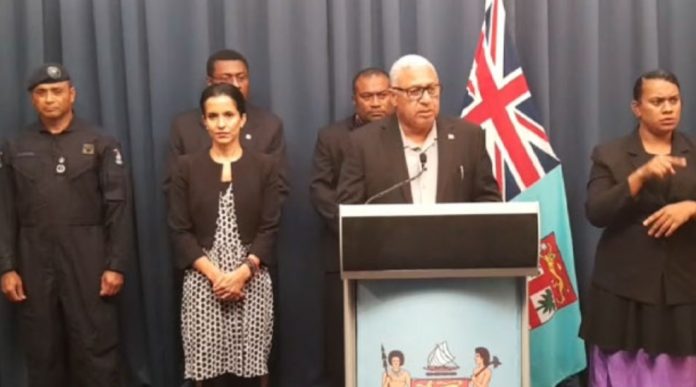 Bainimarama says she was immediately isolated as part of their contact tracing efforts and her symptoms did not show until after she was already in isolation.

The Prime Minister says she remains isolated at the Nadi Hospital and she was safely transferred there and is in stable condition. He adds that there are no restrictions in Nadi now while the restrictions for the Greater Lautoka Area remain in place.

He adds they are widening their contact tracing to find out who the second victim was in contact within 24 hours before being isolated. He says they will be quarantined and monitored as well.

Bainimarama further adds that the victim is in isolation in Nadi, it is clear she contracted the virus while in the Lautoka confined area.

He says that she was securely and hygienically transported to the Nadi Hospital, so she poses no risk to the public in Nadi.

The Greater Lautoka Area is the area spanning from King’s Road at Nacilau Junction past Matawalu Village, to the feeder road at Vakabuli Junction, to Queen’s Road at Natalau Junction.

Bainimarama says similarly they even stopped foreign nationals who may have been in direct contact with the first COVID-19 patient from boarding any flights given that they could pose a threat to other travellers and other members of the airport staff and flight crew.

He adds instead they must remain in Fiji under strict self-quarantine for the 14 day period after which they will be allowed to return home.

The Prime Minister says they will make no exceptions.

Bainimarama says the second case is a sobering reminder that COVID-19 is extremely contagious and young people while more likely to recover can transmit the virus to the more vulnerable of our society.