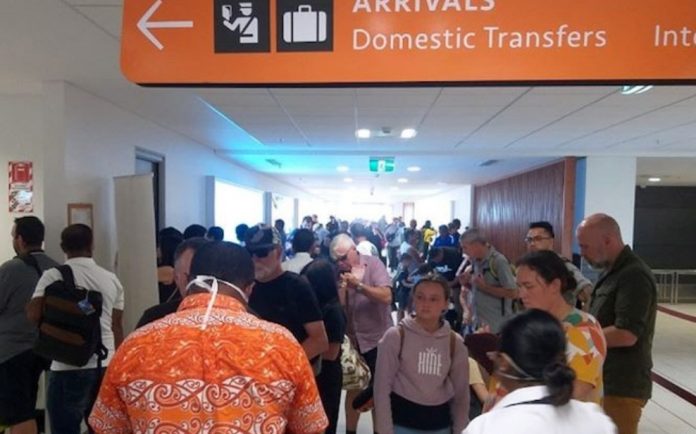 The four people in Fiji placed in isolation as well as Tonga’s first suspected case of the Covid-19 coronavirus have all been tested negative.

Fiji’s Ministry of Health had announced that it had widened its case definition for suspected cases to include anyone with respiratory symptoms who had recently been to a country where the virus had been transmitted locally.

A 15-month old girl developed respiratory symptoms in Suva after arriving from the US this week ehile contact tracing and testing was carried out for a 37 year old woman returning from a trip to Italy.  She was flagged with respiratory symptoms during a health screening at Nadi airport.

A 3 year old Fijian boy and his mother, 26, also developed symptoms after returning from Bali and Singapore, and were also isolated for testing.

The World Health Organisation has this week confirmed the virus has been transmitted to 30 countries to date.

Matangi Tonga reported that their first suspected case was a 21 year old Tongan woman returning from Sydney on Monday with influenza symptoms was isolated for testing.

“She had visited a doctor in Australia last week but was told she only had the flu”.

“However, her symptoms became worse in Tonga, where it was confirmed on Wednesday she is suffering from pneumonia”.

Health officials raised concerns that the woman may have contracted coronavirus because of how quickly her lung infection developed.