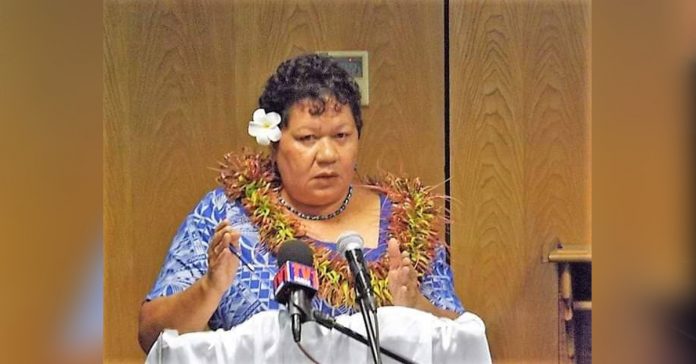 This was revealed by the Chief Executive Officer of the Ministry of Education Sports and Culture, Afamasaga Dr. Karoline Fuata’i in her interview with the media this morning.

In the year 2016 a total of 1,823 students from different colleges took the SSLC exam, in the 2017 a total of 1,910 took the same exam. Last year, however, that number dropped by 158 and only 1,752 students from colleges around Upolu and Savaii sat the Year 13 school leaving certificate.

Afamasaga believes the reason is because students are dropping out of school and not completing the full five years of high school.

“Whilst we are talking SSLC results, one of the Key Performance Indicators (KPI) in the education sector is the number of students that are retained in school since entry in Year 9 to Year 13 – it’s the completion rate,” she said.

“So obviously there’s a drop in the number of students sitting in Year 13 over the last three years”.

The CEO confirmed that the number of Year 13 students that attained the “200 in English + Best 3” minimum requirement to make it into UPY dropped by 203 this year and went on to say that there was also a drop in percentage.

“Noting the numbers the percentage will make a difference and those eligible according to the 200 cut off from English plus best three subjects this year is 1,015 students and that’s strictly by the total – which in percentage is 57.7%

“It’s a drop in the percentage compared to 63.7% last year and it is also a drop in numbers.