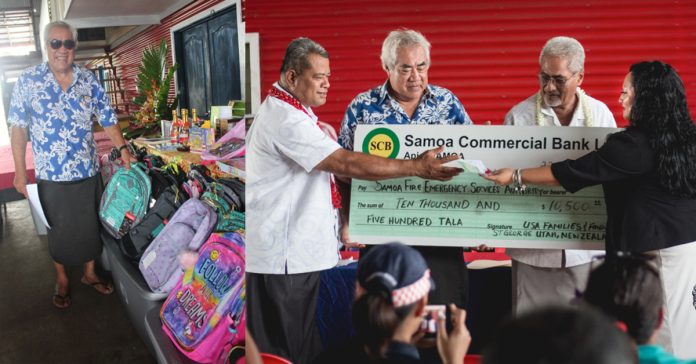 23 January 2019, Apia Samoa. Speech by Vui Ricky McFall, Board Member of FESA to thank Tupuola Sione and Faalogo Sissy Vuki for their support of scholarships for children of first responders and donations to the 911 National Call Centre.

Sissy Vuki
SEFP2019 Scholarship Committee
Families and Friends of FESA & Police from St George, Utah, USA
Members of the Board
Ladies and Gentlemen,

Today we are gathered here in the Faleata Fire Station to witness another milestone for the National Emergency Call Centre, Ministry of Police and the Samoa Fire and Emergency Services Authority.

The work of first responders in any community no matter where it is in the world is crucial and important as they are responsible for ensuring safety and security as well as saving lives and properties. Today is a special day for the first responders for Samoa in particular, FESA and the Ministry of Police. Their important roles have been recognised once again by Sione and Sissy Vuki as well as their friends and families from St George, Utah. We once again witness their generosity in raising funds from their local business community in the States to assist our work.

Last year in August, the Samoa Emergency Fire and Police 2019 Scholarship Pilot Scheme supported by Tupuola Sione and Sissy Vuki was launched. The scheme offered scholarship awards to the children of officers from the Ministry of Police and FESA who will be attending Primary, Secondary and Tertiary Education in 2019. Today, this scheme is realized as many children of the first responders from these agencies receive their monetary awards and school supplies. In addition, we will also witness another donation for the National Emergency Call Centre 911. On behalf of the Prime Minister who is also the Minister for FESA and the National Emergency Call Centre, the SFESA Board Chairman who could not be with us today due to commitment overseas, Board Members, Management and Staff of both agencies, I wish to convey our heartfelt gratitude and appreciation for Tupuola Sione, Sissy Vuki and their friends and families in St George, Utah for their generosity. Thank you for your support of the work of first responders. 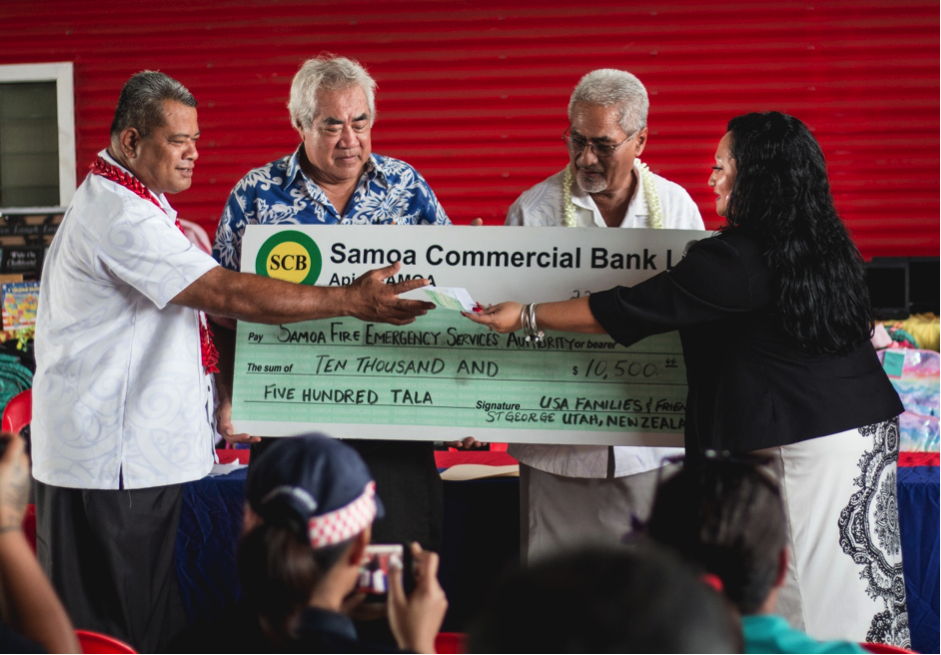 For your information, the One Emergency Number 911 housed under FESA was an initiative by the government and the Authority to move away from previously operated 3 different emergency numbers to one particular emergency number. This is also aligned to other emergency services providers around the world.

For the government the change to 911 amongst other things was to:

We are therefore very pleased to note that your concerns as raised and the idea behind your continuous fundraising for the Call Centre and the Emergency Number 911 are the very purpose in which the government of Samoa and FESA initiated this One Emergency Number. 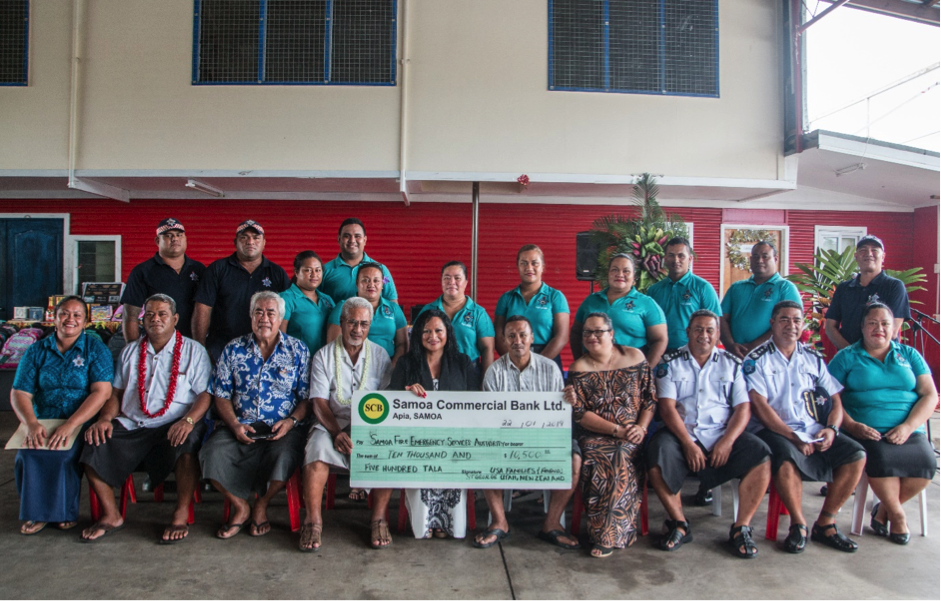 We pray that God will bless each and every person that donated to this event and wish you well when you return to Utah.