Senior District Court Judge Fepuleai Ameperosa Roma was sworn in this morning as a Justice of the Supreme Court of Samoa by His Highness, The Head of State of Samoa, Tuimalealiifano Va’aleto’a Sualauvi II. 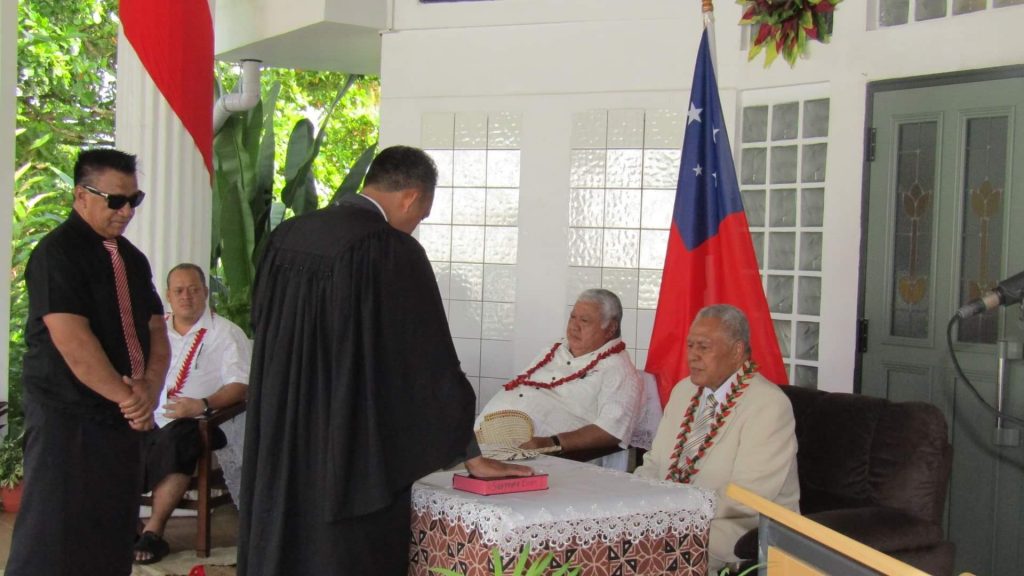 Government dignitaries, members of the Judiciary, senior members of the legal fraternity, friends, family and supporters attended a lovely ceremony held in the garden backdrop of the Head of State’s Vailele Residence at 10am this morning. 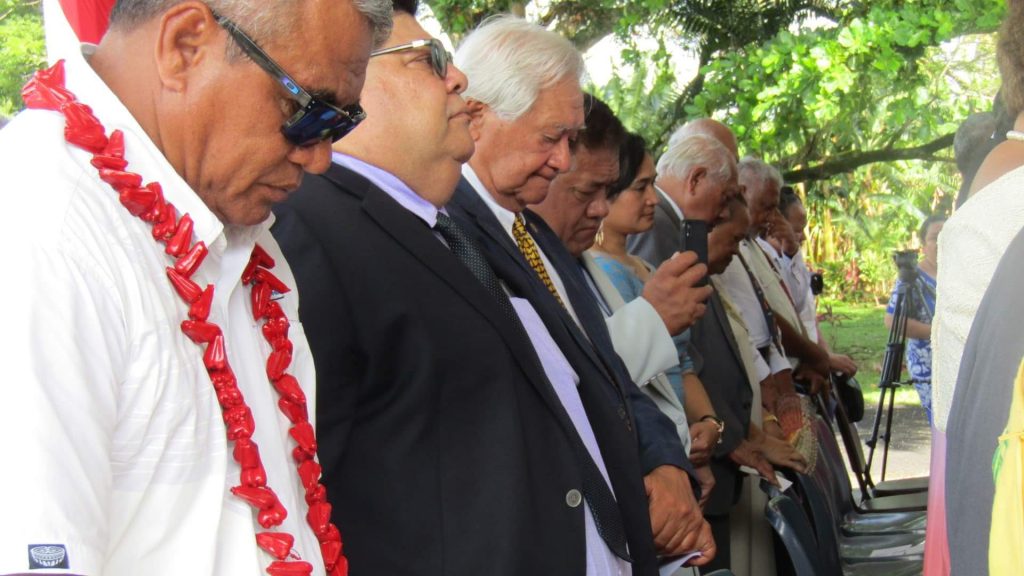 In February 2014 at the age of 37 Fepuleai became the youngest judge to be appointed to the District Court. Fepuleai has served as a District Court judge for the past six years.

Fepuleai had also presided over appeals of the Lands and Titles Court of Samoa.

He graduated from the University of the South Pacific in 1998 and was admitted to the Supreme Court as a barrister in 1999.

Prior to becoming a District Court Judge in 2014, Fepuleai had built a reputation as one of Samoa’s most popular defense counsels, frequenting the Supreme Court with high profile cases over a  period of 15 years.

He is married to Diana Peters Roma who is herself a barrister and solicitor with Fepuleai Law Firm in Apia and they are blessed with five children.