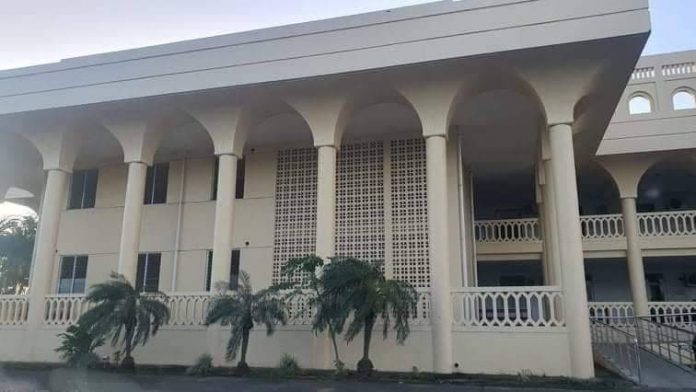 A father who drove the rented tuscon that claimed two lives in a tragic accident at Leusoalii on the Saturday before Father’s Day last year, has been sentenced to three and a half years in jail for motor manslaughter.

The defendant, Setu Alapati, has had to live with the sorrow of causing the death of his wife and sister-in-law on Saturday night, 7th of August 2021.

Their car veared off the main road and crashed into a pule tree on the side of the road.

The sentence was handed down by Justice Fepuleai Ameperosa Roma who told the defendant his actions had serious consequences.

Justice Fepuleai told the defendant that he accepts the two families have suffered from the loss of the two women, both wives and mothers.

“You and your young children continue to suffer the most from the unexpected loss of their mother..

“However the sentence must address your offending. In view of the aggravating features of your offending, a custodial sentence is an appropriate penalty.”

Justice Roma outlined the way the circumstances that led to the head-on collision, according to police reports.

“To avoid a collision with the oncoming vehicle you swerved to the seaward side in front of the second vehicle and headed straight towards a pulu tree where a 10-year-old female was standing..

“She was struck by the front of your vehicle car, and thrown mid-air before she landed on the ground approximately 10 meters from the point of impact.”

On the two charges of negligent driving causing death, Alapati was sentenced to three and a half years imprisonment..

On the three charges of negligent driving causing injuries, he was sentenced to 18 months imprisonment with all five sentences to be served concurrently.