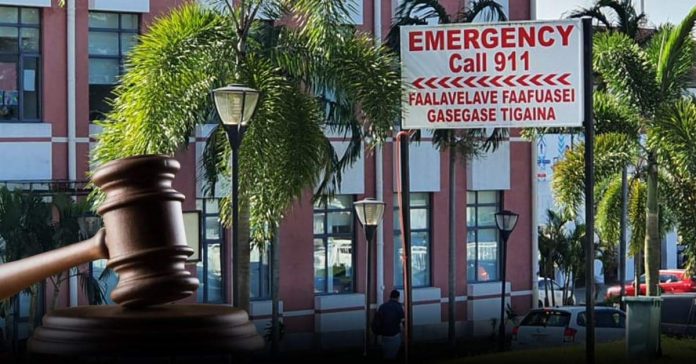 A 62 year old father from the villages of Falefa and Falevao today pleaded guilty to the charge of manslaughter in relation to an incident that caused the death of his 14 year old son.

Tuituioaiga Tololi Esau entered the early plea through his lawyer Leone Sua Mailo, who also put through a successful bid for bail on behalf of her client who has been held in custody since his arrest last month.

At the time of the tragic incident Deputy Police Commissioner Papalii Monalisa Tiai-Keti confirmed to Samoa Global News that the incident happened on the 29th October and the boy died at Motootua Hospital five days later, on the 3rd of November.

Also at the time, head of Samoa’s Criminal Investigation Division (CID) Auapaau Logoitino Filipo said their preliminary findings are that a rock hit the back of the boy’s head.. ane that he was also beaten with a amo.

The amo is a thick tree branch used to balance heavy loads across one’s shoulders, often used to carry produce back from plantations.