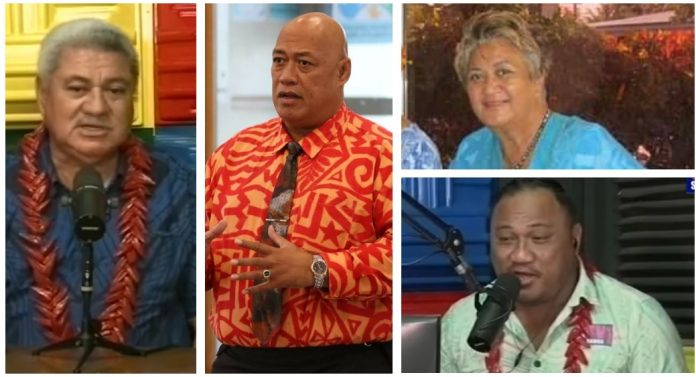 A motion by the FAST political party to have Samoa’s former Prime Minister, former Speaker of the House, former AG and suspended Clerk of the Legislative Assembly, cited for Contempt of Court has been amended to add four more respondents. 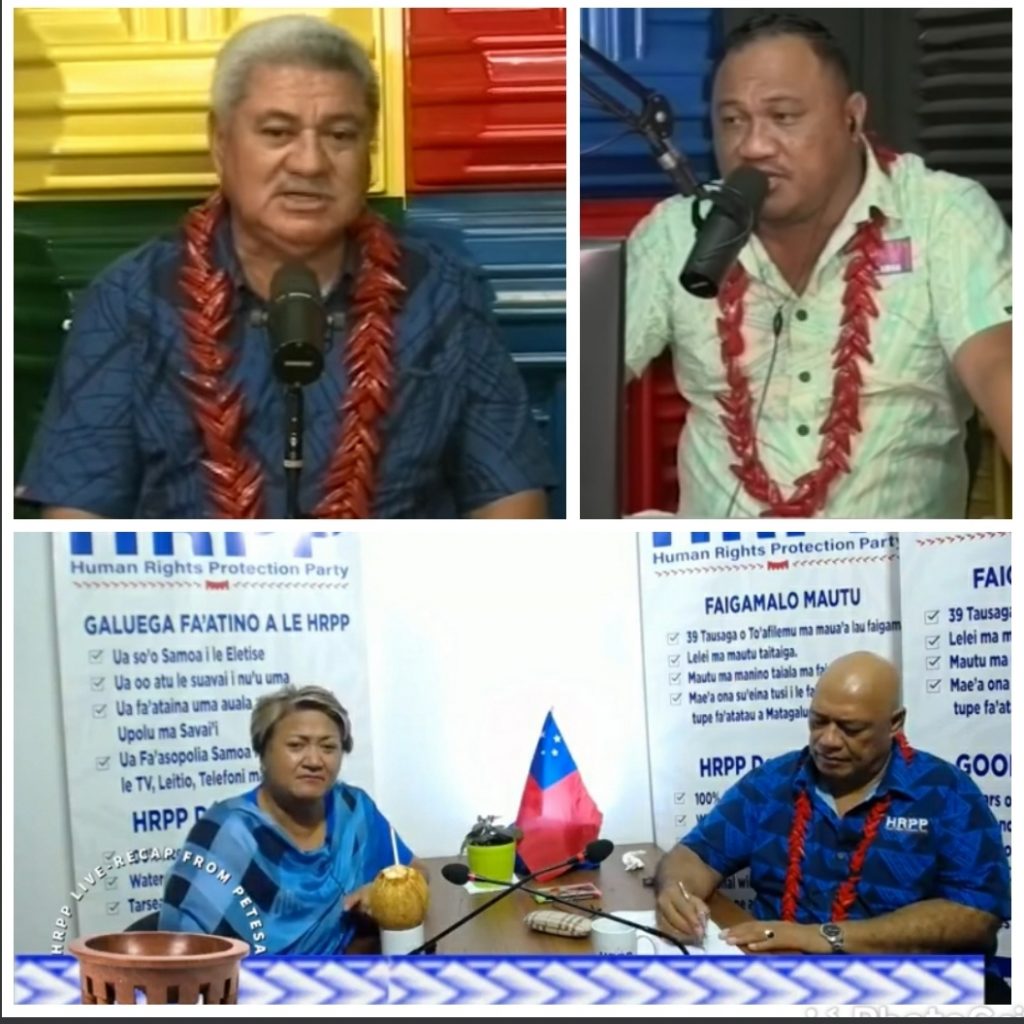 Fonotoe, Lealailepule and Maiava have featured as the faces of HRPPs public media campaign strategy over the past few months of Samoa’s political crisis and tense rivalry between HRPP and FAST.

The FAST motion alleges HRPP have scandalised and undermined the authority of the Court – based on specific wording and phrases used during HRPP live updates and TV 1 Good Morning Samoa programs to publicise their strong views against decisions handed down by Samoa’s Supreme Court and Court of Appeal.

HRPP’s media campaign openly discusses the party’s position that the Samoa Judiciary have dismantled and destroyed the Constitution of Samoa and have colluded with FAST to displace the HRPP led Government. 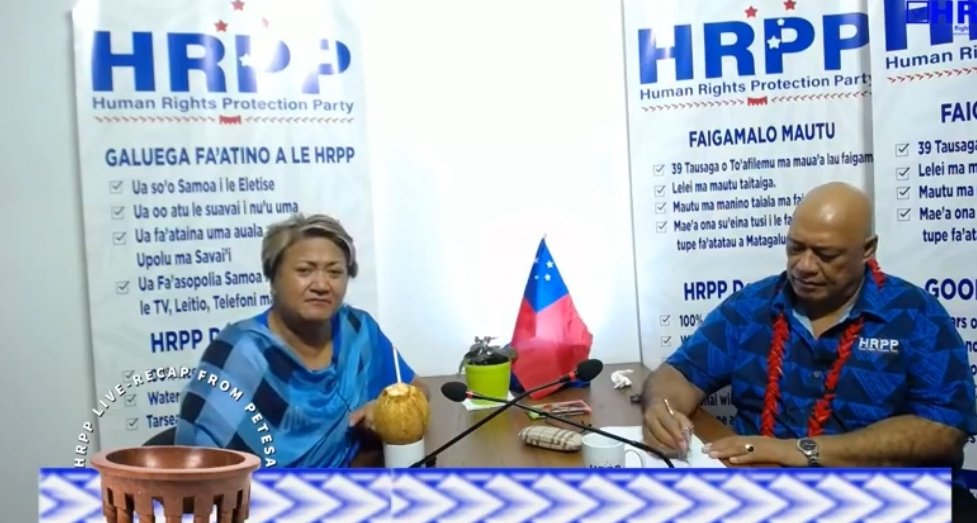 The sentiments by the party that has been in power for most of the past 40 years, was also formalised in their complaint letter of 2nd July 2021 to the Judicial Service Commission (JSC).

In that letter, HRPP calls the Chief Justice ‘incompetent’ in handling cases since the beginning of electoral petitions, alleging the Judiciary are on a mission to ‘oust’ HRPP from being in government.

Through two peaceful protest rallies, HRPP have also openly and passionately advocated to discredit the 23 July 2021 Court of Appeal decision that ultimataely led to their removal. 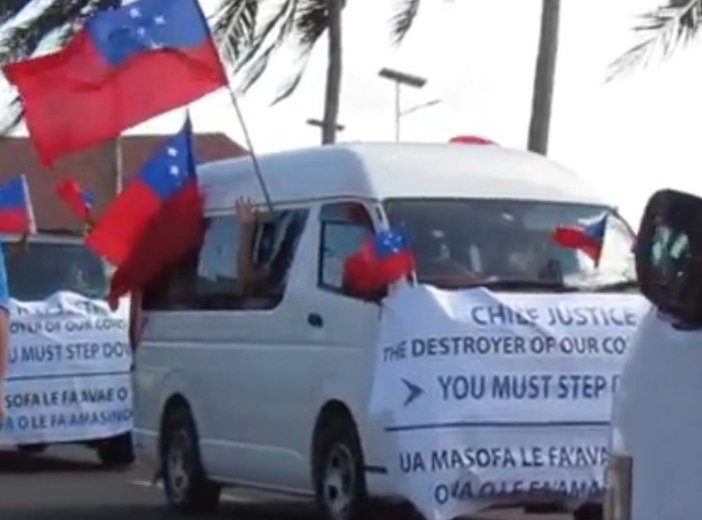 Stated the Court of Appeal judgment: “For the avoidance of doubt this means that there has been lawful government in Samoa since 24 May 2021, and that lawful government is the FAST party which holds the majority of the seats in Parliament”.

An HRPP peaceful protest advertisement states: “The purpose of this march is because the Chief Justice has destroyed the Constitution of Samoa”.
“O le mafuaaga o nei solo, ona ua talepe e le Faamasino Sili le Faavae o Samoa… If we are going to seek justice, then the Chief Justice and all Supreme Court justices should resign.”

HRPP Say They Will Not be Silenced

In response the Human Rights Protection Party says they will not be silenced as an opposition, and each and every allegation will be strongly and strenuously defended.

“We will be considering several grounds of defense including fair comment, freedom of speech and expression under the Constitution of Samoa and that there is no real risk of serious prejudice to the administration of justice,” said HRPP party secretary Lealailepule Rimoni Aiafi.

A former Associate Minister and long-serving Member of Parliament since 2006, Lealailepule says that in 59 years of independence, “no Government of Samoa has ever tried to silence it’s critics in such a manner”.

HRPP acknowledges the allegations arise out of LIVE political broadcasts through HRPP media, TV interviews, peaceful protest marches and speeches made by members of the HRPP.

Lealailepule is confident of HRPP’s defense and says this means FAST would have watched many hours of HRPP’s public media campaign.

“FAST needs to meet the high evidentiary burden of proving their allegations beyond reasonable doubt;

“It appears that FAST has obviously gone to great lengths and watched many hours of our live broadcasts to find evidence for these allegations”.

Upon receiving the news of the allegations, senior lawyer and former President of Samoa’s Law Society, also a former Member of Parliament Maiava Visekota Peteru dismisses the move by FAST as an attempt to silence HRPP’s role as an opposition party.

“In my humble opinion, this appears to be a a thinly veiled attempt to silence any opposition. Our daily broadcasts aim at informing the public about current developments in Samoa, about Court decisions, the Constitution and the bill of rights therein”.

HRPP quotes Lord Denning in a 1968 decision as stating, “It is the right of every man…to make fair comment, even outspoken comment on matters of public interest…”

The matter will be called this week Monday 13 September for mention in the Supreme Court of Samoa, the day before Parliament is set to convene on Tuesday 14th while the status of HRPP elected members not yet sworn-in is still not clear.  Asked on Friday afternoon to confirm, the Speaker told Samoa Global News he could not provide comment, as he had yet to respond to HRPP.

A date for the hearing will be set when all respondents have had the opportunity to file Statements of Defense.