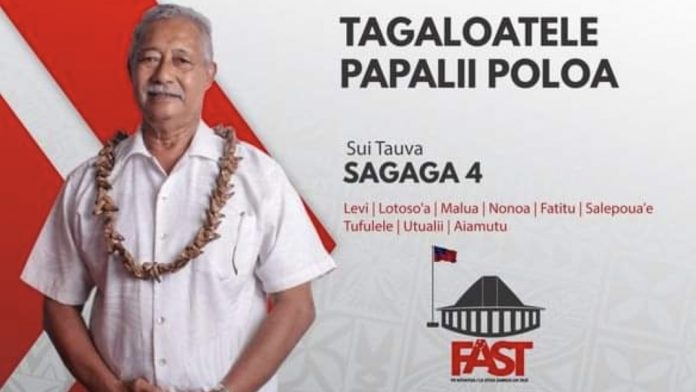 Preliminary results places Tagaloatele with 1,154 votes to Tuisa’s 727 votes. There were 7 booths located in the constituency with a special booth at Tuanaimato Gym 1.

Tagaloatele secured 6 out of the 7 booths within the constituency, and also won the special booth. Tuisa was only able to win at the booth located at Lotosoa EFKS. 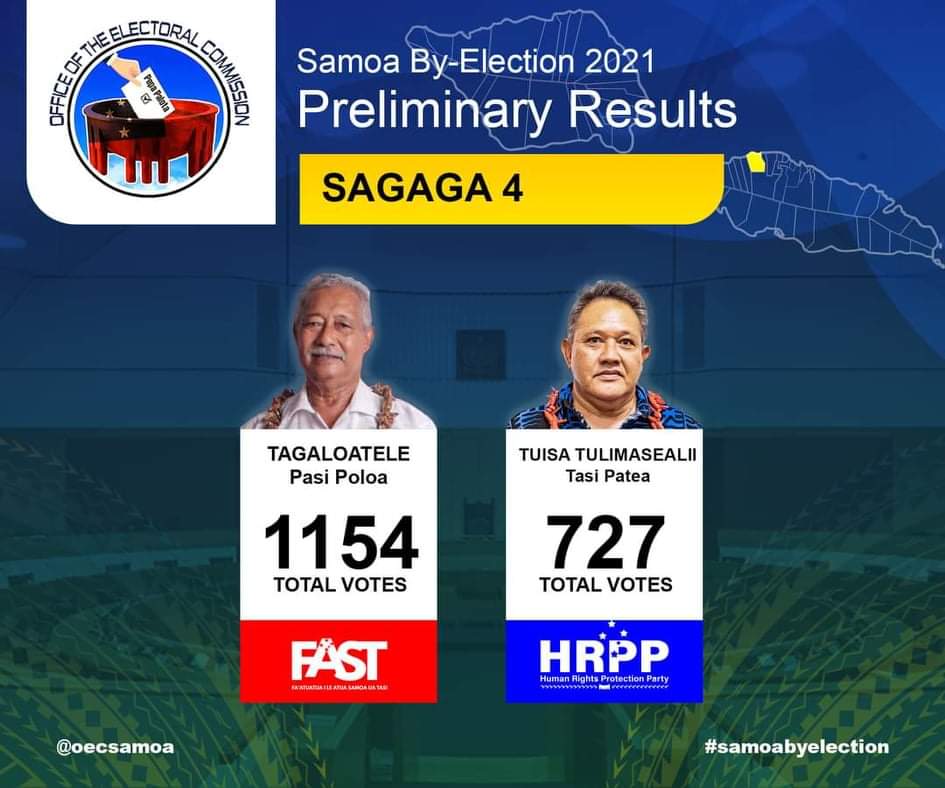 Both candidates competed in the April general election, with Tuisa securing the seat with 851 votes. Tagaloatele had placed second in April with 579 votes. Back in April, there were 4 candidates – 2 HRPP totalled 1,330 votes and 2 FAST totalled 984. The results of the by-election places Tagaloatele 427 votes ahead of Tuisa, showing a shift in the constituency’s voting pattern.

There are only 92 pre-polling votes for Sagaga 4 yet to be counted, meaning FAST has secured the seat.

Following the April 9 general election, Tagaloasa brought a petition against Tuisa, with Tuisa filing a counter-petition. The two candidates decided to return to the polls, withdrawing their petitions against each other.