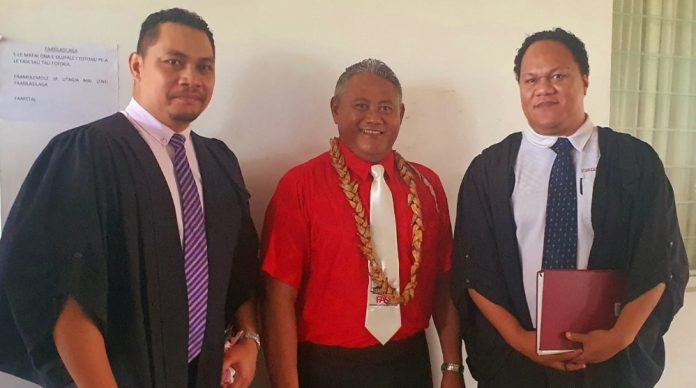 #NewsNow Agaseata Valelio Tanuvasa Peto of FAST has been confirmed as the holder of the Aana Alofi 3 seat following a decision of the Supreme Court this morning.

Handed down by Justice Vui Clarence Nelson and Justice Tafaoimalo Tologata Leilani Tuala-Warren, the Supreme Court found Agaseata not guilty of nine charges brought against him by petitoner and former holder of the constituency’s seat, Ili Setefano Tafili.

Outside Court Agaseata thanked his Constityency and vouched to work hard for them over the term of the XVIIth Parliament of Samoa, which he says is now less than five years as this first year is slowly slipping away without Parliament convening.

He said the education of youth his constituency would be his focus as this is the heart of development of the nation.

He thanked his team of lawyers; Alex Su’a of Su’a and Stowers Law firm, and Afoa Fetu Lagaaia of Capital Legal Network.

He acknowledged that the legal battle in Court was not an easy task, and praised the legal team for their hard work. 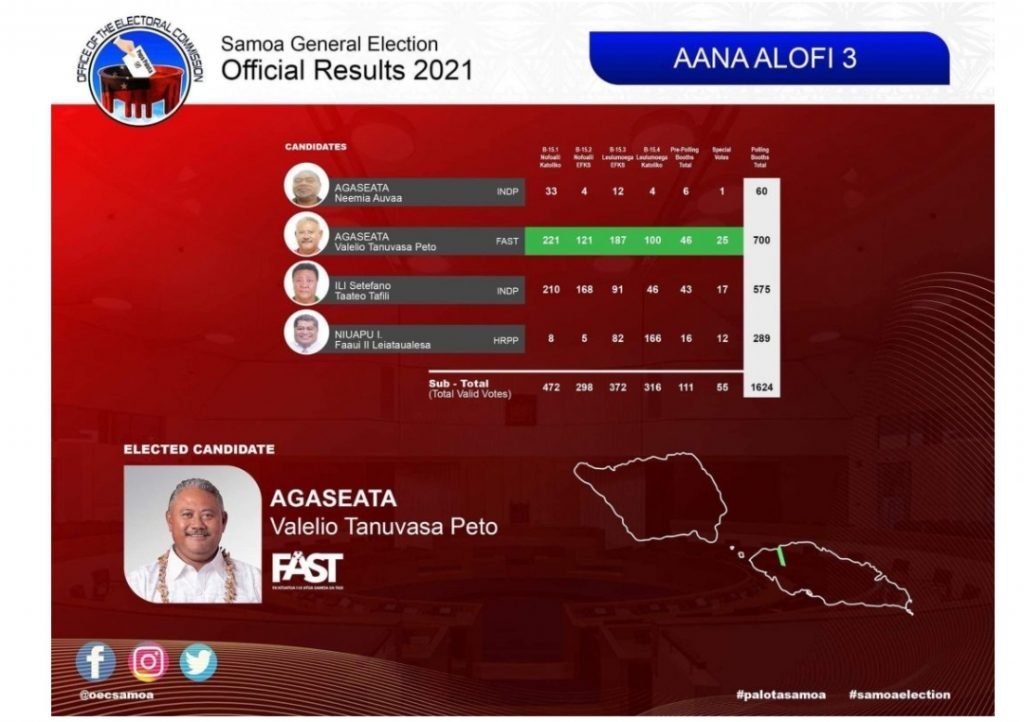 In a first for election petitions, the petitioner, Ili Setefano Tafili, has been found guilty of two our of three charges brought against him in the counter-petiton.

The consequence of being found guilty means being ineligible to register as an election candidate for 10 years, or three upcoming general elections.

Agaseata had won the seat by polling 700 votes against Ili Setefano’s 575.

The full decision of the Court will be published when made available by MJCA later today.