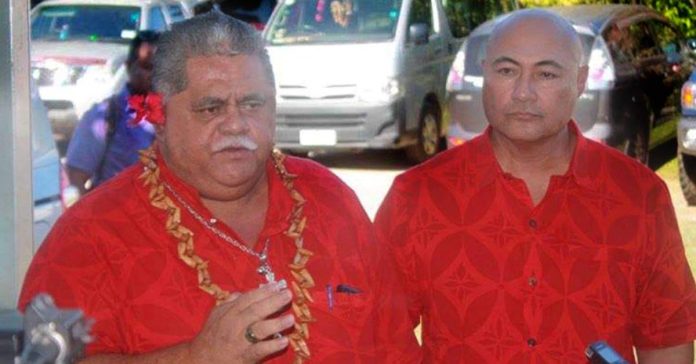 10 June 2021, Apia Samoa. Faatuatua i le Atua Samoa ua Tasi (FAST) Party this morning called on the Caretaker Government to move from office after a 48 hour timeframe they say had been given on Monday, and expired at 3pm yesterday (Wednesday).

Addressing the media outside the home of Prime Minister Elect Fiame Naomi Mataafa, FAST Party Chairman Laaulialemalietoa Leuatea Polataivao Schmidt said they had formally written to the caretaker government, giving them 48 hours to pack and leave.

“Our position at the Monday discussions, we put it straight to them, “you need to vacate””.

Laaulialemalietoa said a follow up letter was sent advising caretaker Prime Minister Tuilaepa Sailele Malielegaoi that he and his cabinet needed to vacate government offices, and allow the elected FAST party members sworn in at a ceremony on Monday 24th June 2021, to take over the Government.

However, during his weekly programme with TV3 Tuilaepa referred to the 48 hour notice and questioned the basis of their vacating office, saying he believed the swearing in of FAST members was unlawful, and the decision of the Court should be awaited on the matter.

“Why would we move out after 48 hours? What is the legal basis of their 48 hour notice?” asked Tuilaepa.

“We are still the caretaker government and we’re awaiting the results of the petitions,” he said. “We are following the rule of law and this is the rule of law,” he added.

Laaulialemalietoa spoke passionately on behalf of the FAST party about the issue in a media gathering Thursday morning, saying the latest Court of Appeal decision made it clear that FAST has 26 members to HRPP’s 25, meaning they should take over as the new government.

Laauli confirmed that FAST members had planned to go to the government building at 10am Thursday morning to face the caretaker government about the transition.  He said the Tuilaepa and his caretaker Cabinet are refusing to do what is right by Samoa, and vacate their offices.

FAST did not end up going to the government building this morning, because according to Laaulialemalietoa, they had received a phone call from Tuilaepa just before 10am to say the caretaker government refuse to accept what FAST has proposed.

“We received a call just before 10 from Tuilaepa saying they reject what was mentioned in the letter…this means that they do not want to move out,” says Laauli.

The founder of Faatuatua i Le Atua Samoa ua Tasi said Samoa has spoken through the polls and the Court has confirmed through judgments handed down, that they have the majority.

“They need to leave and allow the government that the people have chosen to carry out their duties, but as you can see, it is now confirmed that Tuilaepa and HRPP do not want to move out,” he said.

Members of the FAST Party were all gathered at the home of Hon Fiame Naomi Mataafa to meet and discuss other options for a way forward which the FAST Chairman says will ensure peace for Samoa.

“What we are here to discuss and trying to navigate now is not easy, because we need to consider what the 26 constituencies that we represent want.” he added

“In the midst of all this chaos, we will continue to uphold peace”, concluded the FAST party spokesperson and Chair.