FAST is in power. HRPP would best serve Samoa by not using their energy and time protesting the Court decisions that have placed them there, and focus on becoming the strongest opposition that Samoa has seen in 20 years.

HRPP one could argue, are the most qualified opposition party for decades based on their many years of service and experience. They still, as we saw from the proportion of total votes and their rallies, do also enjoy public support. However the public should now be able to call on their services as opposition MPs not to attack the Judiciary, but to hold the new Government to account. 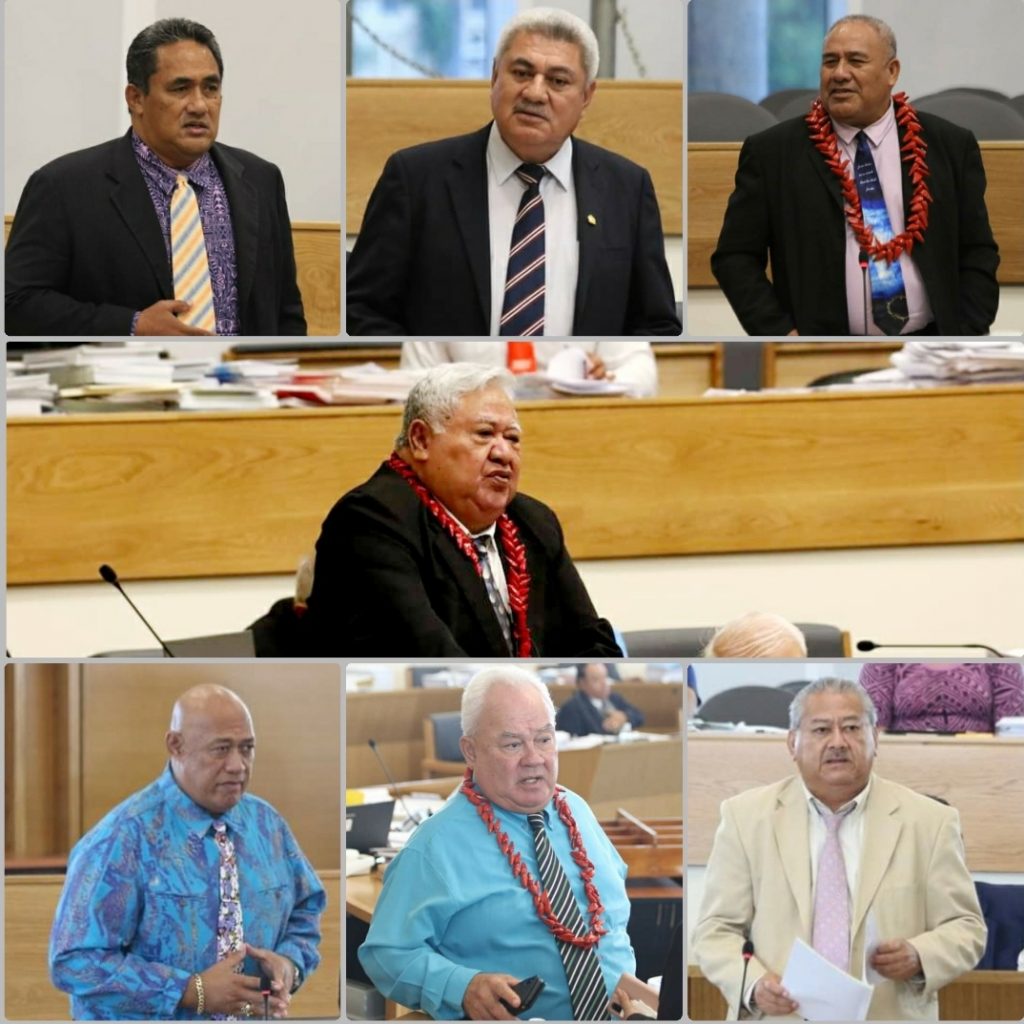 Right or wrong the Court decisions are final. And whoever has been advising HRPP that the Westminster principle of Parliamentary Supremacy means Courts cannot make decisions that hold every branch of Government (and any individual brought before the Court) to account; are misguided. Yes – Parliamentary Supremacy means only the elected MPs can vote a Bill into law – however – that does not give MPs or any Executive member, the right to encroach on the Judiciary’s function of making decisions about how the law is applied within the community, even if, in fact especially when, they disagree with the Courts final directions.

That is the balance and discipline of the rule of law that has sadly been missing over the last few months.

What does Samoa’s legal and political system need now? A Judiciary that is no longer publicly attacked, a strong Government, and an effective Opposition.

The lack of a real and organised opposition in the last Parliamentary sitting (1 Tautua Samoa and 2 Independents) was, one could argue, part and parcel of why there was some feeling that there was a lack of Government accountability. One could only watch over the last five years, as Tuilaepa ran proceedings in the Legislature with little effective resistance. One could also say, it was that feeling of unfettered power that created the blogs and social media campaigns against government.

Campaigns that unfortunately also created a divisive culture of defamatory and personal attacks on anyone voicing an alternative opinion. The FAST Government are right and are to be commended for recently calling for a Stop to it all.

On the issue of a divided Samoa, leaders of both parties must now step up and call for their supporters to stop. Enough already with demeaning and degrading posts and vulgar language not reflecting a nation founded on God.

Whatever the situation of the past, we now have a FAST Government, together with a potentially strong opposition, if the focus is well directed.

HRPP have performed poorly when attacking the Judiciary, but have looked effective when focused on the current Government.

For example no one can take away from the past HRPP Government, the achievement of keeping Samoa Covid-free and commencing actions towards vaccinations. Tuilaepa issuing a warning to Fiame about placing Samoa at risk when it announced it could open a travel bubble, is effective opposition. Fiame responded that no doubt there were many factors to consider, and ‘uppermost was the safety of our people’.

The country needs the voice that asks the questions about the risks of Covid entering our borders, and who better than the former leaders who kept it out? If FAST Government move too fast will Samoa be at risk of having Covid enter Samoa? That is a valid public question and it needed to be raised, by a focused and qualified opposition. But perhaps with less personal attacks. Of course we expect bantering, but keep it professional please.

Equally the new FAST Government should identify chinks in the previous Government’s work left behind, and explain to us how they will be fixing these, and what their plan is for making it better, as well as their own visions and goals. A transitional budget to support the incoming government and its vision has been promised and we look forward to analysing this when presented.

In that space the public would be well served by a confirmed shadow Cabinet. One that meets regularly, and can publicly hold their counterparts to account.

For instance when the well regarded former Minister of MCIL, Lautafi Purcell, publicly comments about his replacement Hon Faumuina Wayne for a seemingly hasty statement about the airline, that created effective debate about future decisions. Faumuina responded without being defensive and even acknowledged the benefits of a national airline.

Another example is when Samoa’s former Minister of Finance also a former head of the Finance Ministry raised the question of how the incoming government would fund its budget priorities. Again, this sparked healthy debate and discussion on how a national budget can accommodate new development plans and direction after a 40-year one-party rule. And again, the FAST government acknowledged that there were important areas in the national budget that must remain intact.

Those interventions are more effective politically and more beneficial to the country’s citizens in terms of debating decisions about the future, rather than arguing over Court cases of the past. And the media advisor for HRPP could more effectively attract constructive debate on the issues raised, if the name calling and personal attacks were turned off.

Who as a service to the public, could hold the current Cabinet to account better than the party that has been in power for the last 20 years? No one. As long as they turn off the attacks on the Judiciary and focus on development issues with the new Government instead.

Politcaly and Legally the new FAST Government asked the public, and as it turned out, they then had to ask the Judiciary for the power to lead us. And now they have it. They are therefore accountable to the public from minute 1 of day 1 of entering office. And we can now expect a weekly post-Cabinet press conference with Prime Minister Fiame, to keep the public informed.

So as we navigate a change of government for the first time in 40 years, will it be a case of ‘be careful what you wish for?’ or will this be the age of change Samoa has needed?

We will all be praying, watching, listening, and hoping for the best.