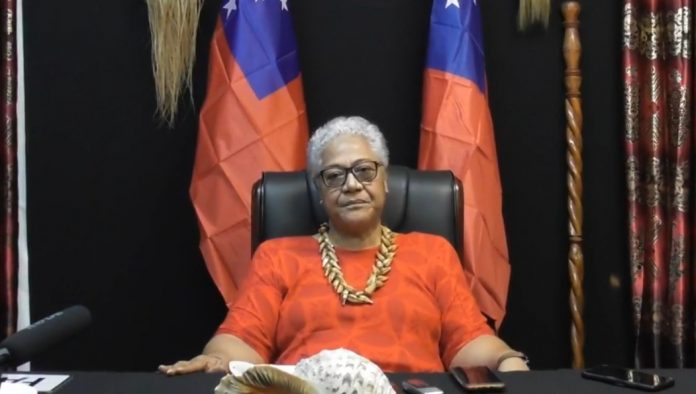 This was confirmed by Hon Fiame Naomi Mataafa during a press conference broadcasted on the FAST page Saturday afternoon.

“Yesterday, we have asked the Court to confirm that Tuilaepa, Toleafoa who used to be the Speaker, the Clerk of the Legislative Assembly and the Attorney General, be cited for contempt of Court;

“That matter is now before the Courts and we await a day for this to be heard,” said Fiame.

Fiame said it is a concern that those responsible for upholding the Law, have purposely breached Court orders.

“They have failed to uphold the Rule of Law”.

Responding to questions, Hon Fiame also confirmed that the Attorney General’s challenge to have the swearing in ceremony declared unlawful, is against FAST lawyers as well as herself and all elected FAST members.

“That matter is now also before the Courts.”

Fiame said the first group of respondents are those who conducted the swearing in including their lawyers; Taulapapa Brenda Heather-Latu and Matafeo George Latu, as well as former Court Registrar Veatauia Faatasi Puleiata, who had assisted.

“And secondly, all of us, members of FAST.”

Fiame confirmed most but not all members of Faatuatua i Le Atua Samoa ua Tasi have been summonsed. She added that members who had not yet been served, did visit the Office of the Attorney General hoping to expedite matters, but according to Fiame, noone at the AG’s office seemed to know anything about it.

Regarding a Women’s March set to be held on Monday morning, Fiame called on women to understand the issues especially the purpose of the minimum requirement clause in the Constitution.

Fiame says Tuilaepa is using women to drive a political agenda, adding that HRPP never mentioned gender equality issues in their manifesto nor was it as a part of their campaign.

During a live broadcast Saturday afternoon, Tuilaepa said the HRPP party are becoming well known for pushing the women in Parliament issue.

Fiame called on women to ask themselves what the law is about.

“It is not a measure to ensure more women are in Parliament, but rather, a floor to ensure that there can never be less than five,” said Fiame who called on women to not be misguided by not understanding the issue. 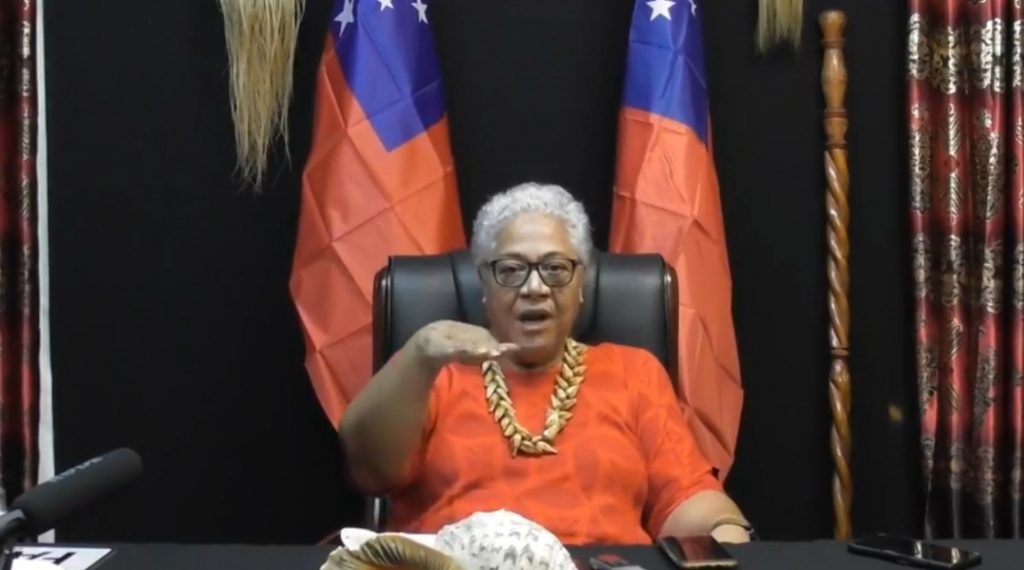 Fiame referred to UNDP’s role to set minimum standards for countries to follow, and the ideal number of women representation in Parliament is 30%.

“That is the ideal, however, Samoa still has a long way to go”.

Before concluding the press conference Fiame highlighted the difference between matters now before the Court.

“The matter of the women’s seat, as well as the matter regarding the swearing in – those two matters are political issues, relating to the April 9th general elections.

“However, the matter of contempt of Court, is a criminal matter”.