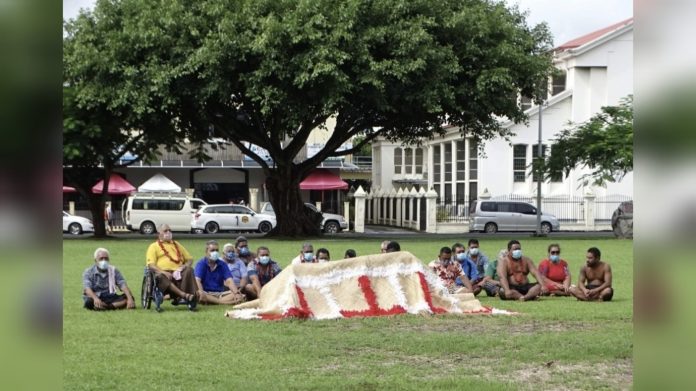 Wednesday 9 February 2022, Apia Samoa. The village of Fasitoo-Tai in Samoa performed a traditional apology infront of the Government building this morning. The ifoga is a Samoan cultural practice where those seeking forgiveness are covered with a traditional ietoga or fine mat. The apology is accepted when the grieved party removes the ietoga. 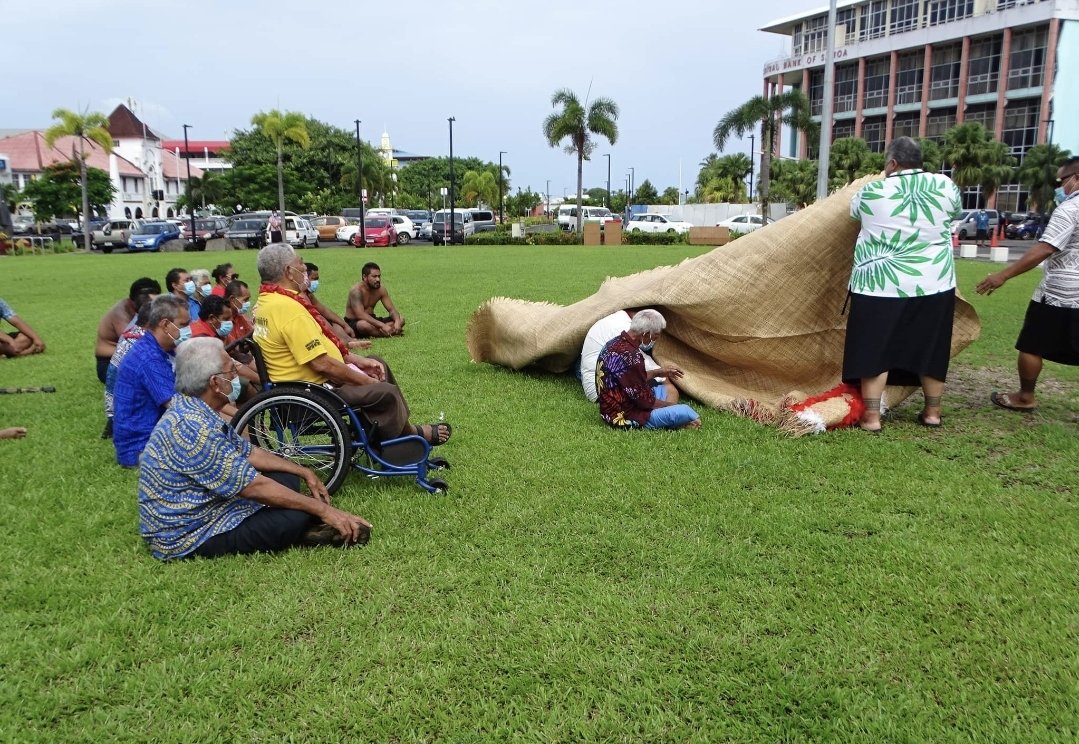 The ifoga sought the forgiveness of Prime Minister Fiame Naomi Mataafa and the Government of Samoa for public comments and accusations made towards the new administration by a Fasitoo-Tai villager who resides in Australia, identified as Manu Nuu.

“A matai of this village has been disrespectful with his comments on social media.. that is not the view of this village.. we support the government 100 percent..” continued the high chief orator who spoke on behalf of the village.

The village were hosted in the government building, where the Prime Minister and Cabinet as well as other FAST MPs were present. Fasitoo-Tai apologised to the Government..

According to the matai, the village did not want to be left out of Government programmes.

This was followed by an exchange of traditional gifts from the village of Fasitoo-tai for the Government, including the finest ietoga for the Prime Minister, the Speaker of the House Lio Taeu Masipau, as well as the FAST party and party Chair Laaulialemalietoa Leuatea Polataivao Schmidt. The Member of Parliament for the district of Aana Alofi 3, Toeolesulusulu Cedric Schuster also received a ietoga.

Laaulialemalietoa told Fasitoo-Tai they need not apologise because they had done nothing wrong. “E te lei faimisa”. He added that those who had allegedly made the comments on social media were well known.