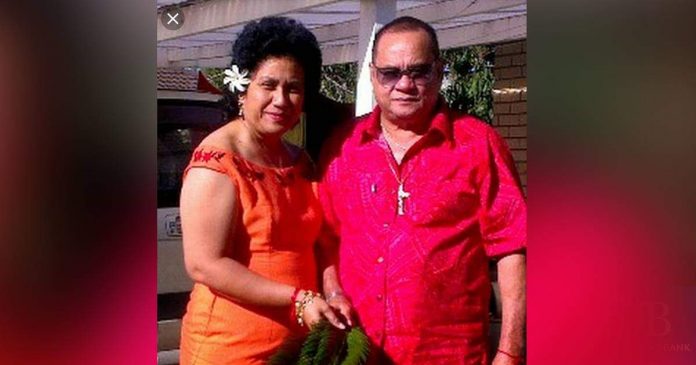 Having worked in Samoa’s Ministry of Revenue for over 10 years, “Sefo Pa’u” as he was known to many, retired to become a household name in Samoa through his popular “Sefo’s Funeral Services” – a business with branches in both Upolu and Savaii that has helped many families across Samoa during their time of loss.

An astute businessman, Pa’u expanded his funeral services to establish Samoa’s first and only crematorium, ignoring criticism that it was not a culturally accepted method. He was also the owner of the polular Seana Bar and nightclub in Mulinuu.

Also holding the matai title of Letoa, Pa’u Sefo had won the last 3 general elections for his constituency but was found guilty of bribery the first two times. He finally entered Parliament after securing a win in the 2016 elections.

Many public tributes are being posted by family and friends on social media. We share below an “ODE TO MY FRIEND, HONOURABLE PAU SEFO” published by Catholic Priest Patele ‘Padre’ Takito who describes his friend as a “Man of All Seasons”. The tribute reads:

From the autus of Tuloto, we paved the walk to Mulivai as we said alongside so much time.

“There is a Time for Every Season’

Growing up we shifted to Lotopa, The Marist Brothers illuminated us and we changed our phrase to “There is a Season for Every Time”.

After years of different vocations in serving God and Samoa, we met up again and you have become a “Man of All Seasons”.

I was amazed of your striving and fighting spirit in all that you have accomplished and later became the Faipule of the Itumalo.

Now you walk with Sister Death, fear not my friend because all the spirituality that you have professed in life is that of our Friend St Josephs, the Foster Father of our Lord Jesus Christ. Now you are free to swim in eternal rivers of heaven.