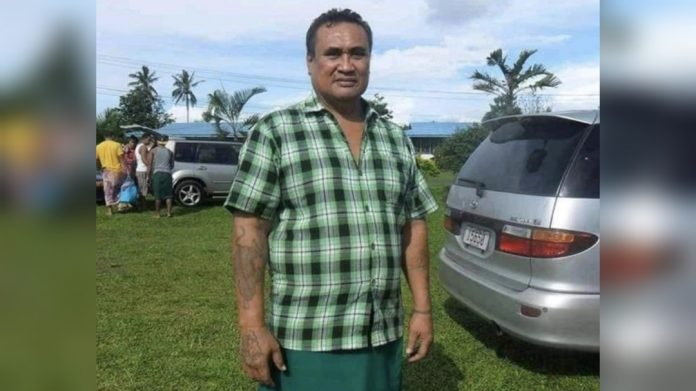 In a tribute post, Tagaloasa Filipaina’s daughter says her father had finally lost a long fought battle with cancer.

“..all these years you have suffered with cancer and he was there guiding you and giving you strength to keep fighting for us until your last moments with us all, your family, you kids and our dearest mother..”

“I never knew what heartache feels like until now. I’m so grateful and blessed for God’s love, he showed me the true meaning of unconditional love..

We hold you close within our hearts and there you will forever remain. I love you Dad.” 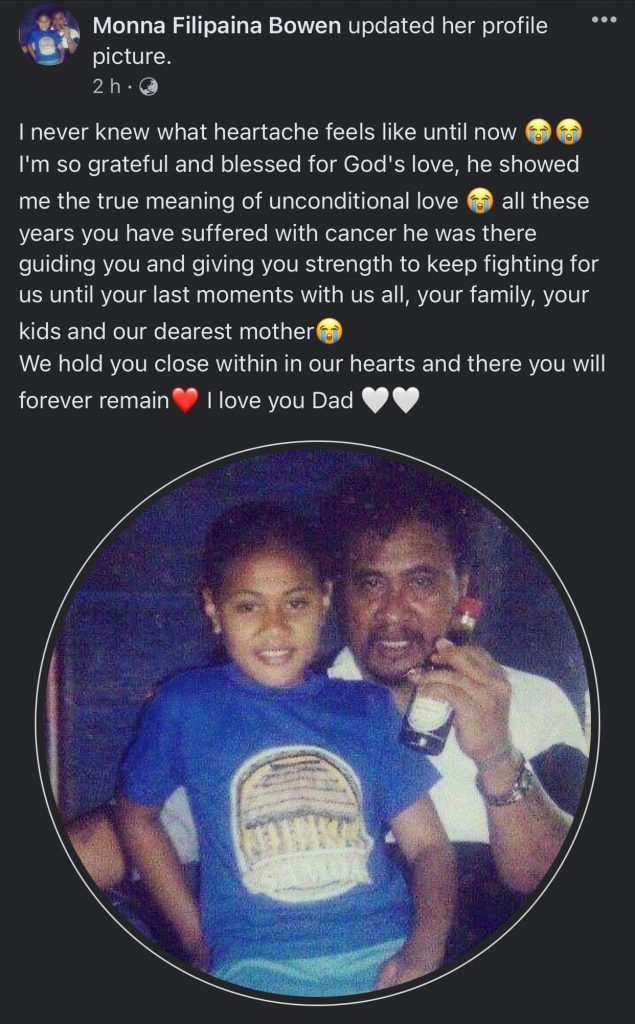 A name known to all of Samoa, Tagaloasa “Filipaina” passes away while still serving a life term for two separate murders. Filipaina was first sentenced to life without parole for 20 years in the 1970s for the shooting of a police officer during a drug raid. He was granted parole in the early 2000s but reoffended and was found guilty of a second murder while out on parole.

Despite having earned the title of Samoa’s most notorious prisoner, at the news of his passing, Tagaloasa has been described by a flood of social media tribute posts as a man with a quiet and humble demeanour committed to his family.

“He was the nicest person I’ve ever met,” posts one member of the public.

“He was such as a humble and a loving person. E le galo lenei tamā.”

“He was indeed a humble and changed person. Rest in love my brother. You’ll be missed in our family.”

One store owner at Vaimoso describes him as “a real businessman who used to come around to sell handicrafts, printed ie lavalava and those sorts of products back in the days”. 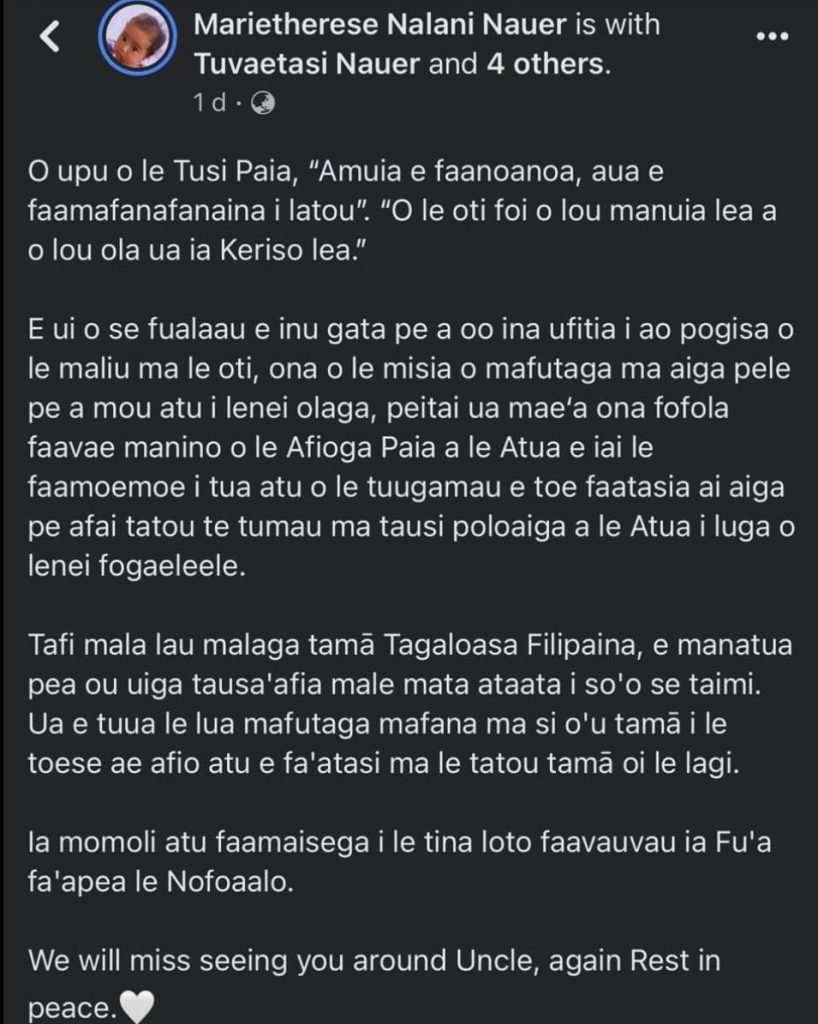 A niece of Tagalosa Filipaina whose father is currently serving time at Tanumalala says Tagaloa will be sorely missed by her Dad. She posts about the close relationship between her father and Tagaloasa.

“We will miss seeing you around Uncle. Again, rest in peace.”